Alibaba claims it is developing VR mobile payment technology－as the e-commerce giant bets on VR-driven shopping for future growth and is wrestling with arch rival Tencent for supremacy in the booming digital payment market.

Alibaba confirmed on Monday that it is working on the virtual reality technology, which could allow users to pay 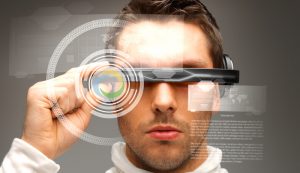 bills in a 3-D virtual world by nodding their heads or making other gestures to log in payment accounts.

The revelation of its latest move comes shortly after the company offered a preview of its Buy+ virtual store. Wearing a headset and with two hand-controllers, consumers can get into a 360-degree virtual environment where they can hold, feel and try on bags, shoes and lingerie as they do in real life.

“Consumers of Buy+ can shop in a virtual world, but they will still have to take their headsets off and go back to the real world to pay bills,” said Ant Financial, the financial affiliate of Alibaba and the owner of Alipay, the most popular mobile payment tool in China..

“We are working on the VR-driven payment tool to offer a real immersive and complete VR shopping experience,” added Ant Financial.

The company declined to disclose when the new technology will be released, but local media site yicai.com quoted an Alibaba employee as saying that it could possibly be launched as soon as the end of September.

In the first quarter of 2016, China’s third-party mobile payment tools handled transactions worth more than 5.9 trillion yuan ($885.8 billion), up by 110% from a year earlier, data from internet consultancy Analysys International show.

Alibaba dominated the industry with a 63% market share while Tencent trailed behind it with its WeChat Payment accounting for 23%.