“Predicting the future is no longer science fiction. Brands today need to know what customers are about to buy, 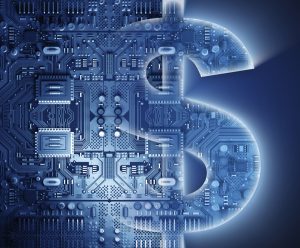 before they even know themselves. With smart analysis of data and predictive analytics, marketers can now pinpoint and target shoppers who are about to make a purchase, long before they even enter a store. This will enable marketers to accurately predict who is interested in their brand or product, and grow their addressable market quickly,” says Richard Robinson, ‎managing director and VP, EMEA at Turn, the digital hub for marketers.

“Business can learn a few lessons from the scientific community here, and they will learn that a fast database cannot deliver a predictive solution. It is a means to hold huge amounts of data, but to analyse huge amounts of data, learn new relationships, train predictive applications and to construct algorithmic automated decision-making machines running in real-time, it needs scientific, business algorithms. It is only recently that commercial applications are catching up with science. 2016 will be the year that more and more decision-makers will understand the difference between a database and a predictive application, and market research analyst Gartner shares this same opinion as well.”

“Cyber attackers will increasingly use mobile devices to get inside enterprise networks. Stagefright vulnerabilities on Android were just a preview of things to come. And threat researchers recently claimed a $1 million bounty for remotely jailbreaking iOS. They’ve both been the target of malicious ad networks and trojan apps. Users of these infected mobile devices – whether personally-owned or company-issued – can easily walk through the front door and connect to enterprise networks, exposing critical assets to cyber attackers,” cybersecurity expert Gerard Bauer, VP EMEA at Vectra Networks says.

Andrew Firth, CEO of Wealth Wizards, which provides online pensions advice, says:  “We are seeing an increased level of support in the industry for accessible, digital pension advice and we believe the market is set to grow. Wealth Wizards research showed that over 50% of people don’t seek traditional pension advice as they find it too expensive.  This is where the benefits of online advice (robo-advice) speak for themselves, with organisations and individuals now having access to fast, regulated, bespoke advice, at affordable prices.”

“The failure of organisations and countries to build up cyber talent will be a huge issue over the next five years. The demand for information security professionals is expected to grow by 53% through to 2018.  Due to this issue, security jobs will be filled by contractors. Additionally, products will have to get better and smarter to drive change and the private industry will need to change the trend and get investments to get people interested,” says cyber security tech business Blue Coat.

“Same-day delivery is certainly achievable in cities, but in the countryside it proves to be a little more problematic. An additional challenge includes the increase of trucks on the road, producing even more carbon emissions in this increasingly eco-conscious world. 2016 should see a solution for these problems, if same-day delivery intends to continue. If we were thinking really outside the box, drones could be a solution to this issue, but the legal legislation for this transport mechanism is still to be developed,” says Uwe Hennig, CEO of software start-up Detego.

“It’s not humanly possible to interpret all of the data being generated by the new sensors and connected devices coming online this year. Thus, machine learning will become commonplace by the end of 2016. Already, most consumer-oriented services from Google are backed by machine learning. In 2016, we’ll see fascinating machine learning use cases sweep the enterprise. This will lead to the rise of Smart Apps that combine contextual awareness (driven by sensors, geofencing, beacons, etc.) and machine learning to offer intelligent, predictive recommendations. For example, a doctor could use an iPad app that instantly synthesizes a wealth of patient data to automatically deliver suggested treatment,” says Johan den Haan, CTO of software development firm Mendix.

Richard Collins, product manager at Ubuntu Mobile predicts: “The smartphone is already the modern day equivalent to the Swiss Army knife: it is a phone, alarm clock, watch, TV, map, wallet and, in 2016, we can add a personal computer to this list. Phone and tablet hardware are now highly advanced and powerful meaning they can now easily run as a full PC. Smart devices will connect either physically using USB Type-C or even wirelessly direct to an external display or home TV. This will give mobile applications and services a whole new user context since, as well as being designed to work on a small touch display, they can now also scale up to a full screen deliver new features and services which make better sense when a large display is being used. So, in 2016, smartphone and tablets will start to become converged devices and offer a completely new form of personal computing.”

“Large companies, such as Ocado, are already using AI in their warehouse robots to optimise efficiency in a way that’s better than any human mind. I think we’ll see this sort of use of technology become more mainstream. As a customer, you won’t know that AI is at work but you will think that businesses and their apps are far more in tune with your needs. Fitness apps will know that you were up partying late on a Saturday, and will push you hard to run it off on Sunday morning. Banks will go beyond monitoring transaction for fraud and make your money work harder, in a way that suits your lifestyle. The trick with it all is to build invaluable services that solve real-life problems – a much talked about goal of big data and one that will really start to happen next year,” says from James Poyser, co-founder of inniAccounts.co.uk, an online accountancy for small businesses, freelancers and contractors.

Mathias Golombek, CTO at analytics database EXASOL, says: “The advancements in technology is resulting in a drop in price of memory technology, allowing more and more companies to leverage its full potential, that then delivers digestible, visual data results in real time.

“In-memory’s capability should not be underestimated. Its defining factor is its ability to quickly and effectively crunch and process consistently growing mountains of structured, semi-structured and unstructured data in real-time. Real-time operations are helping businesses to significantly improve relationships with their customers, generate add-on sales to price based on demand, and enabling marketing teams to make quick-fire amendments to sales campaigns in response to current trends, such as the weather, or immediate customer feedback.”

“Change in payments is usually very slow. For example, contactless has been around since 2008 and it’s still not accepted in most supermarkets. This will change in 2016 as most have now rolled out compatible readers. In fact, all debit cards should be contactless by the end of the year. Credit and prepaid cards are likely to follow in order to keep up with modern requirements.