The Internet of Things and NFC

By connecting billions of familiar devices, the Internet of Things (IoT) promises to improve how we live, work, and play by turning our homes, cars, offices, and cities into smart, interactive environments.

These are still early days for the IoT, but the transformation has already started with goals of improved safety, 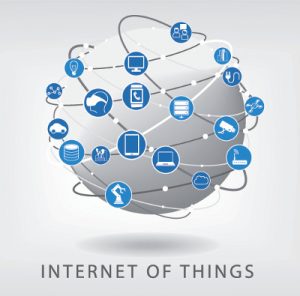 The Internet of Things and NFC

comfort, and efficiency. The home environment is one of the first targets in this transition.

In a new whitepaper, Simplifying IoT: Connecting, Commissioning, and Controlling with Near Field Communication – NFC Makes the Smart Home a Reality,the NFC Forum examines how the smart home ecosystem will learn from our habits and automatically adjust devices by using information from connected processors and sensors in appliances, wearables, and other IoT devices.

The intelligent operation of IoT devices in the smart home will leverage cloud-based connectivity with manufacturers, power companies, service providers, and related operational data from IoT devices globally to optimize functionality and the cost-efficient use of resources.

Consumers will be the big winners in this ecosystem due to an improved quality of life. To address this long-term vision, standards organizations like the NFC Forum, are working with developers and manufacturers to develop a wide range of new platforms, applications, and services.

Connectivity is the enabler, with IoT devices seamlessly communicating not only with each other in the home but also beyond the walls to cloud computing platforms. Eventually, most devices will be interconnected to collect sensor data or enable control of the smart home environment.

This means that in the future, so-called “rich UI” devices like PCs or mobile phones will be outnumbered by many small “headless” devices with limited or no user interface. This whitepaper describes how Near Field Communication (NFC) specifications will help developers and manufacturers bring the benefits of IoT to where we all live, work, and play.

With almost 40 billion connected devices expected by 2020 and over one billion NFC-enabled devices already in the market, NFC is a natural connectivity technology for the Internet of Things. NFC can bring user-friendly controls to devices that lack a traditional user interface such as a keyboard or screen. With a single tap, NFC is uniquely positioned to provide:

The post The Internet of Things and NFC appeared first on Payments Cards & Mobile.