The European Payments Landscape in 2030: Implants, AI and the no-cash generation

A new report, The European Payments Landscape in 2030: Implants, embedded ethics and a ‘post-payments’ world, examines the potential issues and innovations that may emerge in the next decade of payments.

Marqeta partnered with Consult Hyperion to conduct a series of workshops with 12 industry luminaries. Led by acclaimed author, advisor and commentator on digital financial services, Dave Birch, the workshops delved into a range of issues to gain expert opinion on where the market is heading – from the possibility of new and emerging payment methods through to ethics and regulation.

It suggests that innovations in AI and biometrics could change the way we live, but the social and ethical implications may need to be carefully managed to ensure equality of opportunity for all.

The insights from the workshops were further enriched with the findings of a 2,037-consumer survey done by Propeller Insights on behalf of Marqeta, gauging public sentiment around advancing payment technologies.

Taking the thinking out of payments with AI – is there any need for financial education?

The emergence of smart, AI-driven wallets as a mainstream form of payment raised an engaging debate among experts around the future role of financial education. Could technology that removes the need to ‘think’, making decisions on your behalf, be preferable to having an active role in understanding and managing finances and payments?

“We need to create behavioural mechanics, behavioural economics that change people’s behaviour to become financially healthy,” said Brett King, Founder of Moven. “And you’re better off doing that through creating tools that help them do that, rather than educating them.”

However, UK consumers appear wary of handing over such control: 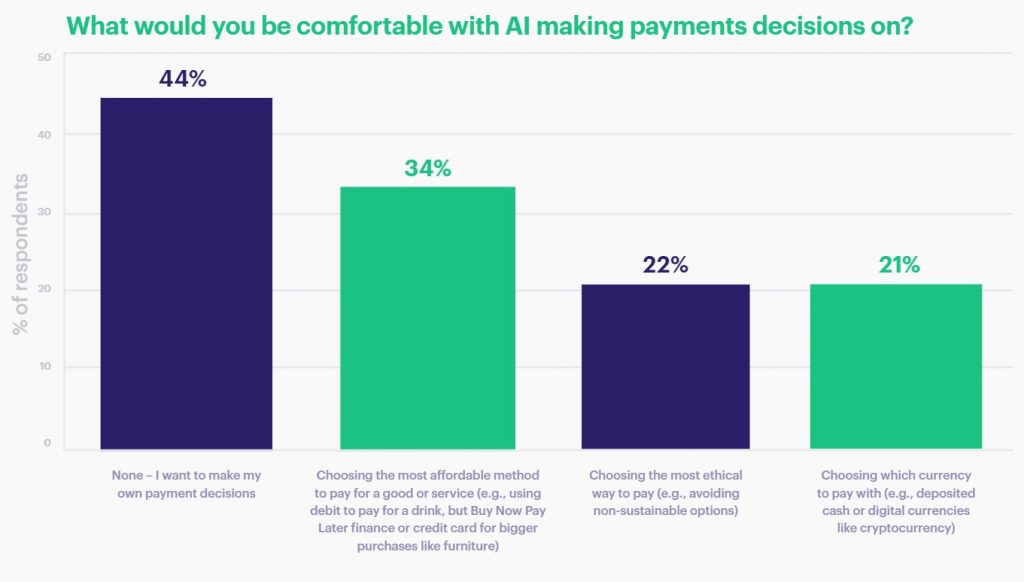 Disappearing cash and the exclusion problem

Disappearing cash raises concerns for many around exclusion, with ‘cash tribes’ of people who find it difficult to move to digital payments, or who simply do not want to – such as the elderly, the unbanked, and digital sceptics.

75% of people surveyed aged 65+ said they have felt pressure to ditch cash due to places only taking card/contactless payments, while 83% of consumers surveyed said the decline of cash will exclude those most at-risk in society.

Product design was noted as an area of potential discrimination for such groups – in particular, the elderly. “There are all sorts of technologies that have biases against people who are older,” said Jonathan Williams, Technical Payments Specialist, Payment Systems Regulator.

“One example is that biometric fingerprint scanners don’t tend to work as well with people who are over the age of 70 because, in some cases, their skin tends to be drier and therefore has less ridge definition. So, they don’t get quite as good a read if they’re trying to use fingerprints.”

But is it possible that, by 2030, digital currencies could be built to be inclusive for all?

Some workshop attendees believed that Central Bank Digital Currencies (CBDCs) could be an antidote to the exclusive implications that come with the decline of cash.

However, education is needed if this is to become a reality. 30% of respondents said they don’t like the idea of the state tracking their digital currency and 27% don’t understand how CBDCs would affect them. 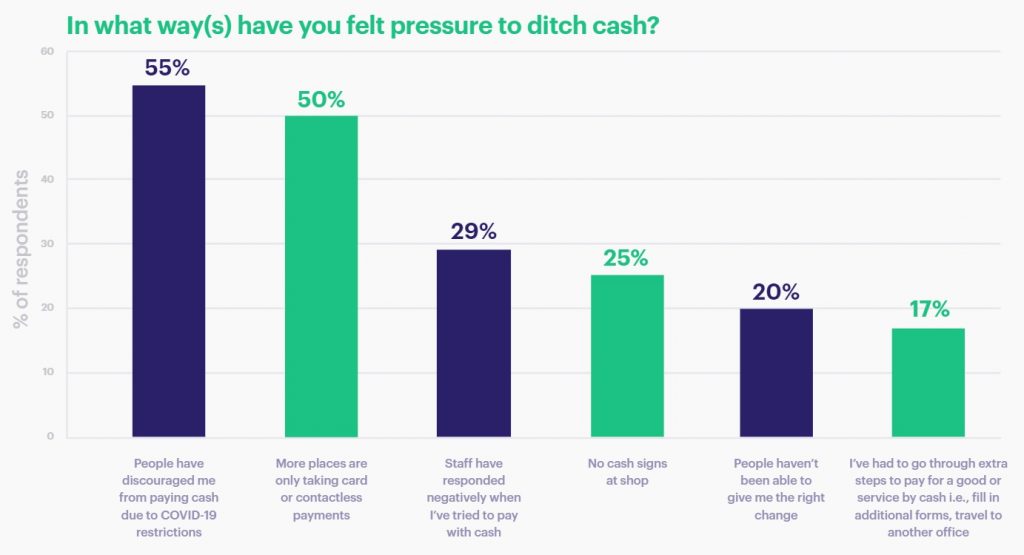 Regulation must stop playing catch up

Currently, the pace of innovation in payments is far outstripping that at which regulation can move. With so much scope for error – from prolific fraud to loss of money – regulators must not just catch up, but get ahead.

It was noted that progress is being made. For example, the EU recently proposed AI regulation to pre-emptively tackle issues around bias and ethics – a topic that was front of mind for consumers surveyed, 91% of whom expressed concerns about AI bias creeping into financial services.

However, by 2030 the challenges and areas of concern that regulators face will likely have multiplied. For instance, the possibility of an outage caused by a sophisticated, state-backed attack, is becoming increasingly likely.

Regulators must prepare for this eventuality and help build systemic resilience into the payments sector.

“When it comes to regulation, we need to not look from the point of where we are now, but from where we’re going,” said Helene Panzarino, Vacuumlabs, SME Expert, Community & Fintech Partnerships.

“We need a new structure. At the moment, we’re trying to put old clothes on the new body. We have to suspend and forget what came before to a large extent and look at where we are now in that space to create these new regulations.”

Johnson argues that flexibility in payment infrastructure will be vital to delivering a vibrant future of payments: “While the future is a mystery, one thing is for certain: the most ambitious and innovative payment methods will be those that are underpinned by agility and the ability to make automatic, real-time decisions,” says Marqeta’s Ian Johnson.

“A flexible payment ecosystem will also be key for making all this happen, creating room for more offerings to enter the space and, in turn, supporting greater inclusion and sustainable alternatives. All that remains to be said is, watch this space.”

“If the past two years have taught us anything, it’s that no one can predict the future,” said Ian Johnson, SVP, Managing Director, Europe, Marqeta.

“In less than a decade’s time, the payments landscape could look very different. It could be the norm to pay by waving a hand. What’s clear is that in 2030 and beyond, digital payments will have an increasingly foundational role in our lives – tying into our ethics, our future education, and the smooth functioning of our economies.”

The post The European Payments Landscape in 2030: Implants, AI and the no-cash generation appeared first on Payments Cards & Mobile.