In a ray of good news, The annual Tech Nation report charts and champions the digital economy. As emerging and maturing technologies continue to disrupt and transform incumbent industries, and tackle some of the world’s biggest challenges, and as we live through the fastest pace of change in history, UK tech is at the forefront of some of the biggest questions, and providing the answers. 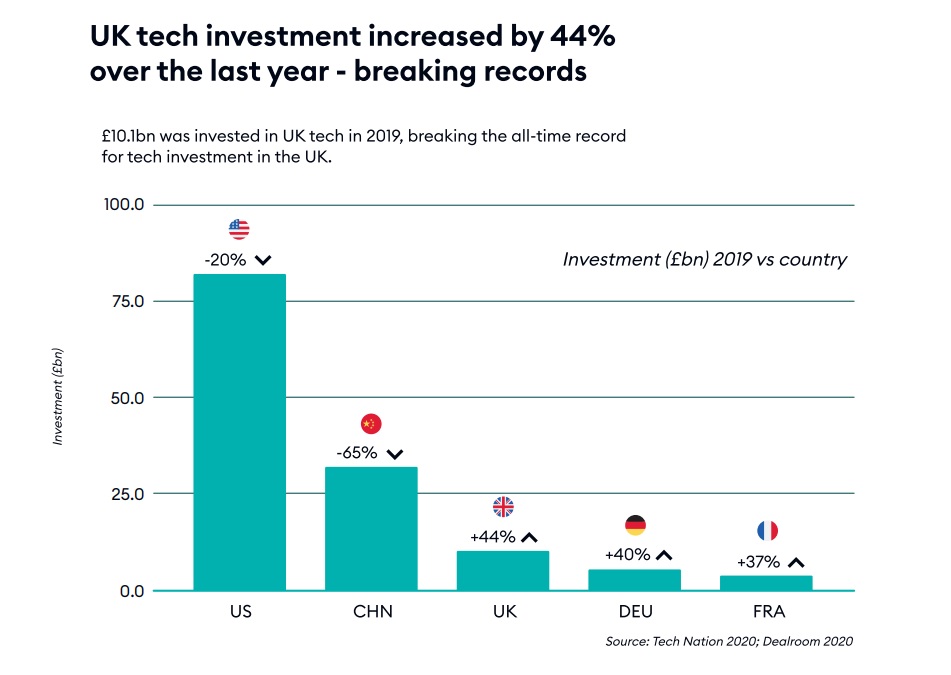 2019 was an incredibly positive year for the UK tech sector. Compared to the rest of the UK economy, digital tech grew six times faster than any other industry (the digital tech sector contributed £149 billion to the UK economy in 2018, accounting for 7.7% of UK GVA. This is nearly six times greater than growth across the economy as a whole, which increased by 1.4%). In 2019 there were 2.9 million people employed in the digital tech economy, an increase of 40% from 2017, with the digital tech economy now accounting for 9% of the national workforce compared to 7% two years ago.

Late-stage scaling investment in the UK has boomed over the last year: Series C investment onwards grew by 71%, and Growth Equity (Private Equity) grew by 51%, indicating that the UK tech ecosystem is scaling and companies are ready to take on large sums to enable unicorn style growth. In 2019, 81.2% of investment into UK tech went to scaling firms, compared to 80% in 2018. A ‘scale up business’ is defined as a company which has seen average annualised growth of at least 20% over three years with 10 or more employees at the start of the period.

25% of Europe’s top 20 highest investment tech cities are in the UK – Manchester, London, Bristol, Oxford and Cambridge. Furthermore, Manchester is the fastest growing European tech city, with an increase in investment of £48 million to £181 million from 2018 to 2019 – representing an increase of 277%. 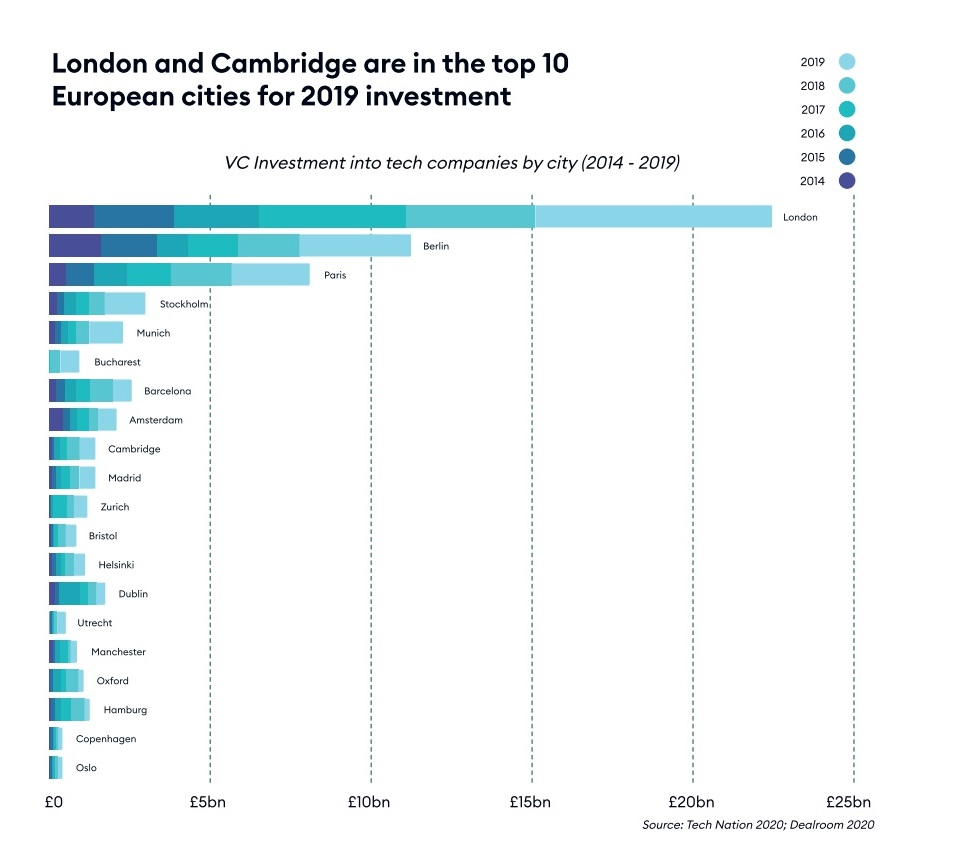 “The tech sector is at the heart of our economy and creating jobs and wealth across the country,” comments Digital Secretary, Oliver Dowden. “We are determined to create the conditions digital businesses need to succeed and are investing heavily in gigabit speed broadband, 5G, cyber security, digital skills and research and development.”