Samsung has announced the launch of its new mobile payments platform trial in Korea.

The Samsung Pay month-long trial is in preparation for a global roll out to more regions. The company announced on the Samsung official blog that owners of the Galaxy S6 and Galaxy S6 edge are the first to be able to use Samsung Pay. 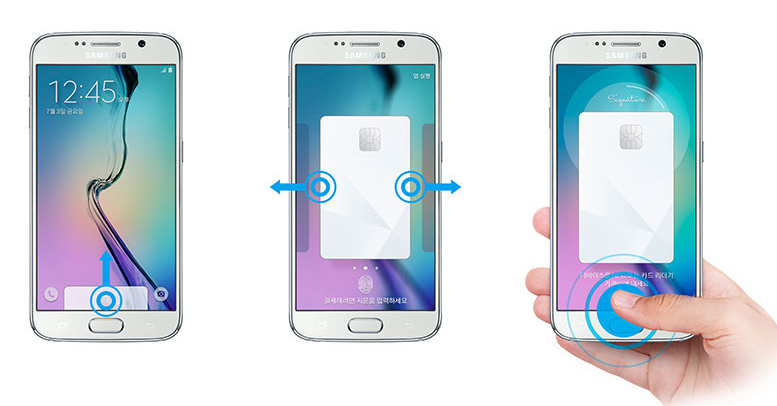 The company boasts that Samsung Pay users in Korea will be able to spend money using the service in more stores than any other competing mobile payment service in the region. It’s also billed as the first and only service that works with both NFC and card readers with Magnetic Secure Transmission (MST) technology. This makes it ready for deployment and compatible with most retail terminals.

Samsung is taking on Apple Pay with its new service and is taking security seriously when it comes to storing cards inside the app. Instead of storing a card number, a unique, encrypted token is sent to the bank and is linked to your card(s). Making payments is also more secure due to the requirement of either a fingerprint or PIN.

For now, only those residing in Korea will be able to use Samsung Pay on their Galaxy S6 and Galaxy S6 edge, though we can’t see it being long before Samsung rolls out the service elsewhere.