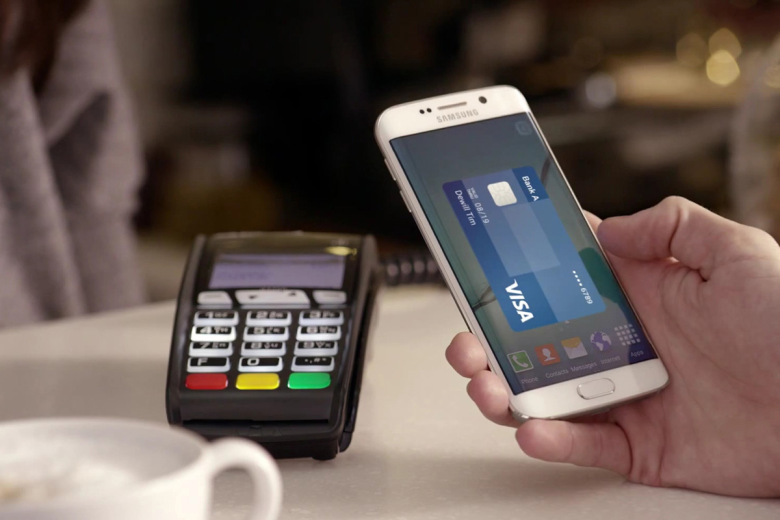 million in transactions in the first six months since its launch in South Korea and the US.

The company says it now supports eligible credit and debit cards from more than 70 major and regional banks in South Korea and the US.

Global expansion will begin next month, as the company introduces Samsung Pay in China. This will bring the firm head-to-head with Apple, which made its debut in China last week, alongside local tech giants Alibaba and TenCent.

“Other market set for roll out include Australia, Brazil, Singapore, Spain and the UK “later in the year”. Canada has also been added to the launch roadmap,” says InJong Rhee, EVP and head of R&D, software and services of Mobile Communications Business at Samsung Electronics.

As with Apple Pay, Samsung Pay works by storing a digital copy of your credit or debit card on your phone. It doesn’t store the actual credit card details, but a secure digital token. Payments all create a unique transaction token, which means that your cards can’t be cloned or stolen, as with a physical card.