The Future of European Fintech Alliance, consisting of 72 European FinTechs, challenger banks and FinTech associations, has taken note of the final Regulatory Technical Standards (RTS) on strong customer authentication and secure communication under PSD2 adopted by the European Commission. 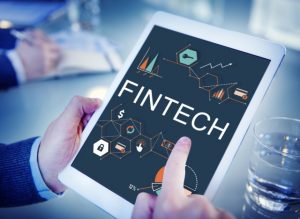 The text constitutes a workable compromise between the interests of the incumbent banking​ ​industry​ ​on​ ​the​ ​one​ ​hand​ ​and​ ​European​ FinTechs​ ​on​ ​the​ ​other​ ​hand.

When the European legislator in 2013 decided to revise the Payment Services Directive, it was in order to take into account new types of payment and account information services that had brought innovation, competition and consumer choice into the European payments and financial market.

Those payment and account information services were previously unregulated, however with an exceptional security​ ​record, ​and​ ​many​ ​have​ ​been​ ​on​ ​the​ ​market​ ​for​ ​more​ ​than​ ​10​ ​years. In February 2017, EBA published final draft RTS that would have severely hampered Europe’s successful and growing FinTech industry.

By giving banks full technological control over FinTech businesses, enabling them to ring-fence consumers’ data, it would have inevitably resulted in the very opposite of the political intentions behind PSD2. Only the introduction of the so-called “fallback solution”, a contingency measure in case of failure of a bank-controlled dedicated interface, in May 2017 by the European Commission, reduced the risk of FinTechs being solely dependent on bank’s goodwill.

The Future of European Fintech Alliance has always advocated a fair regulation of bank-independent PIS and AIS under PSD2. For us, this includes as a key component the unrestricted right to opt for the secure direct access to the bank account as provided for in PSD2.

This right for FinTechs should have been clearly reflected in the RTS in order to ensure the provision of secure, innovative and consumer-friendly products. While this is not the case, the crucial amendment of a “fallback” however seems to provide a workable solution.

It also importantly provides clarity and puts an end to the drawn-out negotiations, something which is essential for Europe’s FinTech industry to be able to continue​ ​to​ ​grow.

The final RTS now under scrutiny by the European Parliament and the Council will have an enormous impact on the future of online commerce and consumers in particular. We support a properly regulated European FinTech industry which will be a guarantor of a truly competitive and safe retail payments landscape, giving merchants and consumers the choice they want and ensuring the right of the consumer​ ​to​ ​control​ ​its​ ​own​ ​data.

It is therefore time for the PSD2 to become fully effective, to promote competition, security and consumer choice. We therefore urge Members of the European Parliament and Member State representatives across Europe to support these final RTS put forward by the European Commission on 27​ ​November​ ​2017