You might wander why an AI story is appearing in a payments blog, but AI payments may well be here sooner than you think. 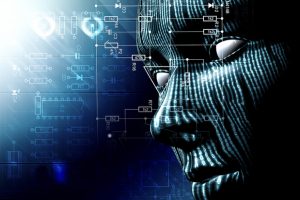 everything from organising birthday parties to calling companies so users do not have to spend hours on hold.

The M service — which will run inside Facebook Messenger — is the company’s attempt to challenge Apple’s Siri and Microsoft’s Cortana, virtual personal assistants that communicate using voice recognition software.

But it could also help Facebook to take on Google on the smartphone, if it becomes the primary place for the social network’s almost 1.5bn users to search for information and do tasks – according to an article in the FT.

David Marcus, vice-president of messaging products at Facebook, said that unlike other artificial intelligence-based services, M can complete tasks on a user’s behalf.

“It can purchase items, get gifts delivered to your loved ones, book restaurants, travel arrangements, appointments and way more,” he said in a post on Facebook.

This is the latest entrant in a battle for virtual assistants which, like the browser wars of the 1990s, could set the balance of power for the next stage of the internet. Virtual assistants could dominate users’ attention and direct them to particular businesses for their needs.

M is trained and supervised by a team of contractors at Facebook, who will oversee more complex requests until the assistant becomes smarter and who can add the odd, more personal surprise touch.

For now, the app will be informed only by the information that a user tells it — such as a friend’s favourite cake — not by the vast troves of data that Facebook holds on its users’ likes and dislikes. But finding a way to mine that data while not appearing creepy or infringing privacy could help Facebook beat other virtual assistants.

The service is being tested by a few hundred users in the Bay Area, where Facebook has its headquarters. “This is early in the journey to build M into an at-scale service,” Mr Marcus said.

Mr Marcus was hired from his post as PayPal chief executive last year, in a sign that Facebook was planning to focus many of its new developments on its Messenger app, which is used by more than 700m people.

Facebook’s approach to eventually generating revenue from Messenger is being closely watched as both a new stream for the business, and a potential model for how it might monetise WhatsApp, the messaging app that it bought for $22bn last year.

This year Facebook has announced Messenger for business, which allows customers to communicate with retailers through the app, a way to send money to friends through the app and further integration with other apps such as the ability to send gifts in chats.