Beyond the Blockchain hype

We seem to be in the midst of a Blockchain hype cycle. Distributed ledger technology is being touted as the solution for tracking assets, executing contracts and modernising payment infrastructure.

Everyone is investing in and/or investigating the Blockchain: central banks, stock exchanges, and fund houses, 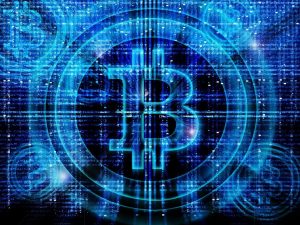 Beyond the Blockchain hype

What’s behind it, though? Is there any substance, or is it just a collective delusion where no-one wants to blink first for fear of looking foolish?

It all started in 2008 with Bitcoin, the peer-to-peer electronic cash system. The creator(s), Satoshi Nakamoto, brought together various pre-existing technological and philosophical concepts. These included the distributed ledger, cryptography, open source software and a ‘proof of work’. And privacy or pseudo-anonymity, transacting without intermediaries (i.e. decentralisation) and a zero proof of trust.

The Blockchain is the underlying protocol for Bitcoin transactions. In effect, this decentralised distributed ledger functions like a crowd-sourced, public book-keeping system on the internet. It notes transfers of value between participants and adds them to a chain of previous transactions. Providing the majority of computing power is not colluding to game the system, it can always generate the longest chain and outpace attackers.

Speed aside, you really have to think about the use case for Blockchain in consumer payments. I think it’s fair to say that no-one has come up with the so-called ‘killer app’ yet. This doesn’t mean that it doesn’t exist. We already process various types of alternative payment methods. So, what real advantages does a decentralised, distributed ledger have over existing methods?

Tellingly, most of the current development are around B2B payments and the information that travels with payment. Trade finance back-office processes are paper-based and can take up to two weeks to settle, so Blockchain could deliver speed, efficiency and cost benefits.

The original Blockchain was an open, public system. Anyone who wanted to participate could do so using open source software. Participants did not have to know or trust one another. But at the same time, participants could not modify the content of blocks; it was a decentralised, permission-less system.

Private Blockchains incorporate permission to review and modify the content of blocks and behave as a type of centralised system. This begs a couple of questions. Firstly if an entity or selected group can modify the data, why not run a shared database? Secondly, how does the data get there to begin with, and is it accurate?

The jury is still out

Bitcoin made Blockchain famous. It also made it infamous with headline-grabbing stories about price volatility, currency heists, the collapse of Bitcoin exchanges and its use for illegal purposes.

Blockchain probably has more enduring appeal. Whether it’s true, as one CEO of a Blockchain company has claimed, that Blockchain is as important as the development of the internet remains to be seen. The jury on Blockchain is still out.

The post Beyond the Blockchain hype appeared first on Payments Cards & Mobile.