US DoJ indicts 36 in cybercrime ring that stole $530m

36 cybercriminals have been indicted in connection with an international identity theft ring known as a “one-stop shop for cybercrime” that sold stolen payment card information on the dark web, leading to losses of more than $530 million, US prosecutors report. 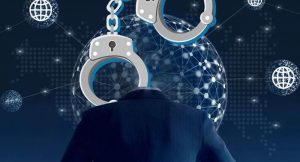 US DoJ indicts 36 in cybercrime ring that stole $530m

The Infraud Organization — founded in 2010 and operated under the slogan “In Fraud We Trust” — used an online forum to buy and sell stolen credit card and bank account numbers, Social Security numbers and other personal information, the U.S. Justice Department said.

Most of the members of Infraud never met in person and only knew one another through their online usernames, he said. The organization’s goal was to become the premier site to purchase retail items with stolen or counterfeit credit card information, prosecutors said.

The group’s hierarchy included administrators who managed the operation and membership, forum moderators and vendors who sold illicit products and services to members. Members of the group would then use the forum on the dark web — part of the internet often used for illegal activity — to gather information and facilitate the sale of the stolen data, officials said.

The indictment unsealed Wednesday in Nevada marks the first time the Justice Department has arrested anyone in connection with Infraud, which Rybecki called one of the largest international cybercrime rings.

“This case reflects the alarming and increasing threat posed by cybercrime,” Rybicki said. “The Department of Justice refuses to allow cybercriminals to hide behind the anonymity of the web while stealing personally identifying information, emptying bank accounts, and wreaking havoc on our nation’s digital infrastructure and financial system.”

Suspects were arrested in France, the United Kingdom, Italy, Australia, Kosovo and Serbia and in the US California, New York and Alabama.