Poor password management – including the continued reliance on default, stolen, weak and non-unique passwords – is a key factor in more than 80% of hack-driven breaches, according to Verizon’s 2017 Data Breach Investigation Report. 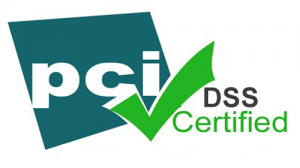 The revised standard is a response to breaches of major retailers – including Target and Home Depot in the US, which compromised the payment card information of 130+ million consumers.  This fall’s Equifax “mega-breach” further underscored the urgent need for more and better protections, both for consumers and for all in the transaction chain.

Another important change is the scope of access points covered by the standard’s authentication requirements, which now expands to include all who have “non-console administrative access,” to the Cardholder Data Environment (CDE). This means that multi-factor authentication is now required for everyone accessing data over a network rather than via a direct physical connection, including internal and external networks. It applies to general users, administrators and third parties such as vendors (for support and maintenance) with remote access to the network – wherever that access might ultimately result in access to the CDE. Think of this as the Target HVAC clause.

To explain where and how MFA must be implemented, the Council’s  “Information Supplement – Multi-Factor Authentication version 1.0” provides MFA implementation principles, reviews laws and regulations, and common authentication scenarios.

The information supplement also clarifies the use of other authentication factors, stating for example: “Other types of information, such as geolocation and time, may be additionally included in the authentication process; however, at least two of the three factors identified above must always be used.”

This makes clear that although supplemental factors such as geolocation and time data may be used to further reduce risk, MFA requirements still firmly apply.

“Where any authentication elements rely on a multi-purpose consumer device – e.g. mobile phones and tablets – controls should also be in place to mitigate the risk of the device being compromised,” the Council advises.

This means that all authentication factors must be verified together, before system access is granted. This prevents a bad actor from corrupting security using a stolen phone.

Before PCI DSS Requirement 8.3 takes effect, all involved in the handling of cardholder data need to review, implement and upgrade their MFA strategies and implementation to assure compliance.