The Chargeback Triangle – what happens when transactions go wrong?

Chargebacks were a $31 billion problem in 2017 — a burden that extends far beyond the liability for
disputed transactions. Complying with complex and arcane rules that vary across networks and
transaction types shoulders merchants with a tremendous financial burden. 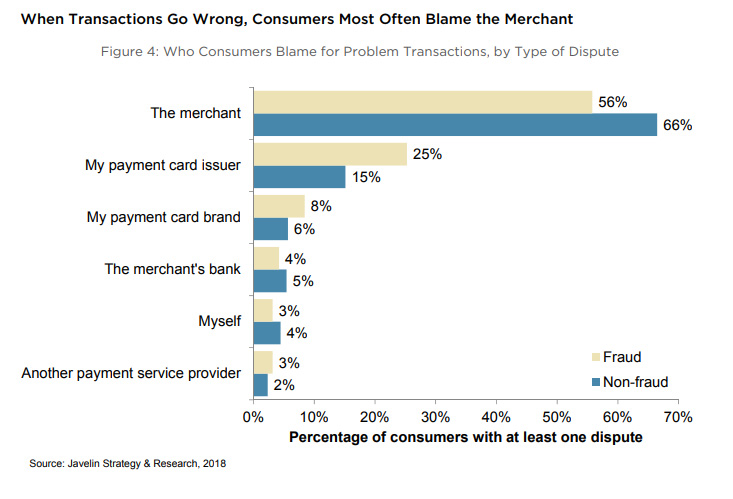 Short deadlines challenge merchants’ ability to gather documentation and assess the best disputes to fight. Issuers face pressure to give credence to all cardholder disputes or risk running afoul of regulators.

For both parties, alienating customers by making them jump through hoops or saddling them with the cost of a disputed transaction can jeopardise future business. On top of these challenges, merchants and issuers must balance the need to please their customers with minimising the risk of “friendly fraud”: disputes fraudulently filed by the individual who made the purchase.

Addressing the challenge of chargebacks requires coordinated effort among the three primary parties in the dispute: the merchant, the issuer, and the customer, creating the chargeback triangle. Greater collaboration between issuers and merchants can help preempt chargebacks and eliminate the burden of a formal dispute process. Victory is measured not only by avoiding financial liability for the transaction but also by securing the relationship with the customer who is disputing the transaction.

Chargebacks were a $31 billion problem in 2017, and merchants bore nearly two-thirds of the cost. In 2017, chargebacks cost issuers and merchants more than $31 billion, which represents less than half of 1% of all U.S. retail sales. Those costs aren’t evenly distributed, nor are all costs easily measured.

Of the billions spent on chargebacks, two-thirds is being borne by merchants ($19 billion), while issuers were stuck with significantly less ($12 billion). Of the $12 billion in costs that issuers incur, the vast majority is from liability. Combined liability for credit, debit, and prepaid card chargebacks account for $7.1 billion, or just more than 60% of total issuer chargeback costs. In contrast, combined management costs — personnel, technology, and outsourcing — accounted for $2.4 billion, or 20% of issuer chargeback losses. Much of this can be traced back to issuers’ legal responsibility to protect consumers’ rights for disputing a charge. Rather than risk the ire of regulators, issuers will accept losses on potentially frivolous chargebacks.

Merchants are saddled with more responsibility and the resulting costs. While issuers generally do not require any evidence besides a cardholder’s assertion to charge back a transaction, merchants bear a significantly greater logistical burden. Before the merchant can even determine which chargebacks it has a reasonable chance at representing, it must assess the transaction’s legitimacy in the limited time provided by the chargeback dispute process. Consequently, 60% of merchants’ chargeback-related costs arise from chargeback management expenditures, rather than from liability.

Managing timelines can cost merchants. Effectively managing chargeback disputes requires that merchants obtain documentation to assess the legitimacy of the disputed transaction, including internal data on the customer and third-party information such as delivery records. Obtaining that documentation in a timely manner can be a significant impediment for merchants. Technology silos within organizations prevent visibility between systems, and decisions are made without the benefit of seeing all of the data.

For every dollar disputed, merchants and issuers incur $1.50 more in costs. When these costs are examined in greater detail, it becomes apparent that the cost of managing the chargeback process frequently exceeds the value of the product or service being disputed. For every dollar in disputed transactions, an additional $1.50 is spent on fees, management expenses — including technology and outsourcing — and personnel.

Consumers entirely bypass the merchant in three-quarters of fraud-related disputes. Merchants face a great challenge in getting customers to reach out to them in cases of suspected fraud: Cardholders bypassed merchants and went directly to their issuer in 76% of cases. However, merchants are more effective at engaging with cardholders when there are problems with the delivery of a good or service. 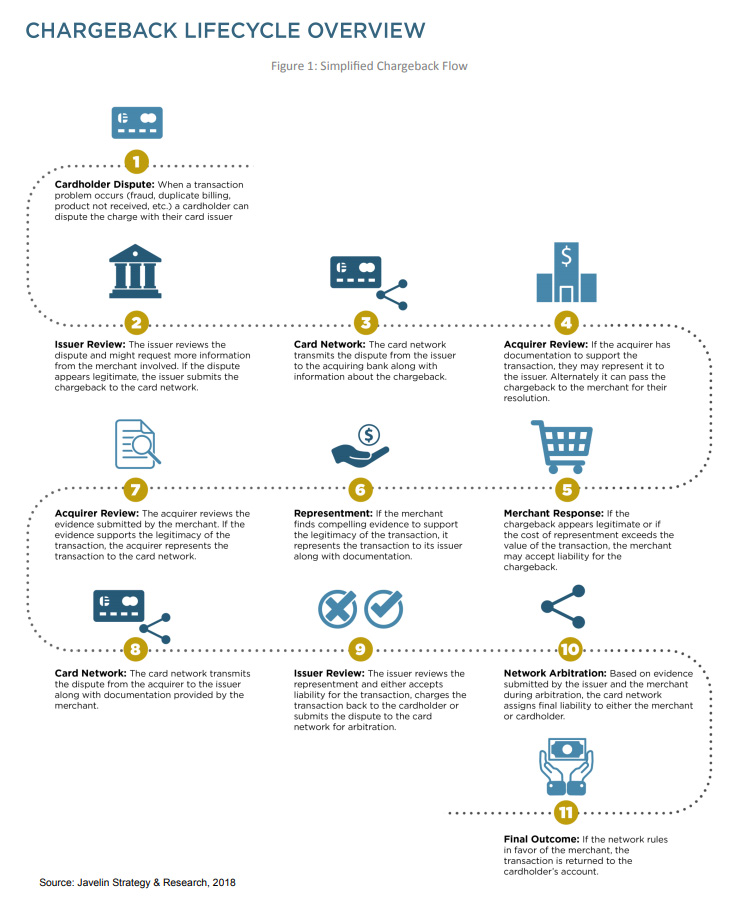