73% of retailers expect the store to become more strategically important by 2020 according to a new study. However, 69% said that expanding their digital presence is the top short-term priority.

European retailers are taking significantly different approaches to omnichannel, according 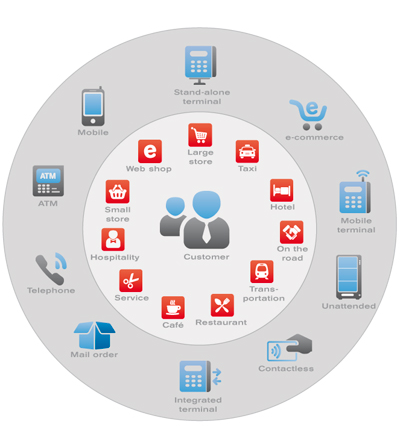 73% of retailers expect the store to become more strategically important by 2020 according to a new study.

to the study by market research and strategy company Pierre Audoin Consultants (PAC).

Retailers are trying to provide a seamless experience across different points of customer engagement, to achieve the same level of service, promotions and pricing.

PAC interviewed senior business and IT stakeholders at 200 large retailers in Europe.* It found that while three quarters of respondents say the physical store will become more strategically important, the majority also say mobile and online channels to play a bigger role in the future. This highlights how the issue of managing and integrating multiple channels has become a hugely important success factor for the modern retailer.

One of the clearest findings of the study is that retailers are at different stages of maturity in achieving an omnichannel strategy, with regional differences. These include:

The study, supported by HP, Fujitsu, SAP and GK Software, found that it is business leaders, rather than IT departments that are generally leading omnichannel programs. More than 80% said the development of a long-term channel strategy was either a major or clear challenge, while 75% named transforming internal organization structures as a pressing concern. For most retailers, business challenges rather than I.T. issues create the biggest challenges to success.

However, almost 50% of retailers plan significant IT investment in the next two years to support their omnichannel strategies. Main areas of spend include: webshop systems, mobile shopping apps and online/mobile payment software.

Nick Mayes, Principal Analyst at PAC, said: “The findings of the study show that European retailers are at very different stages of their journey towards omnichannel. But it is very encouraging to find that so many see it as a business as much as an IT challenge, and that strategy is being led in many cases from the boardroom.

The study can be downloaded here