Businesses operating in the sharing economy are being held back by consumer fears over trust in the identity of the other party in the transaction, according to a new report from HooYu, the global identity confirmation service.

It reveals that despite rapid growth from millions of users sharing, swapping and renting, over two thirds (68%) of British people have not yet conducted an online peer-to-peer transaction such as buying something from an online marketplace or renting a holiday property. 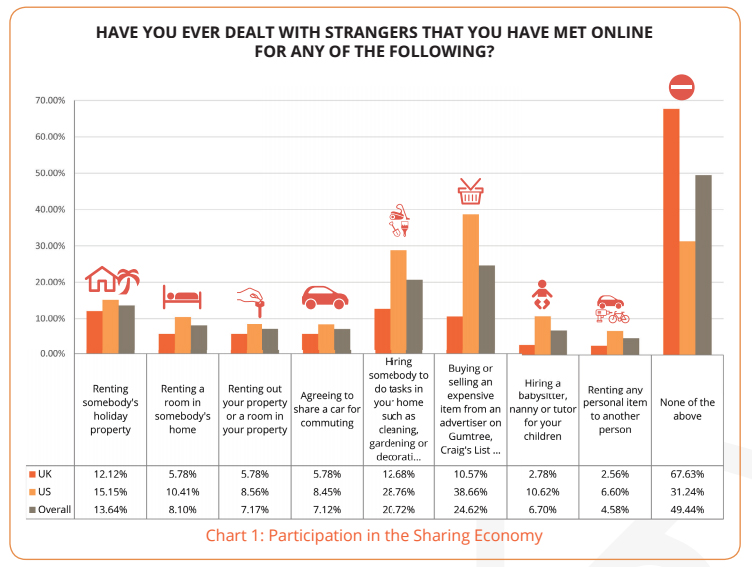 Participation is markedly higher in the United States where nearly seven out of ten people (69%) have already conducted such peer-to-peer online transactions. The difference is particularly stark in the proportion of consumers who have bought or sold an item via an online marketplace such as Gumtree or Craigslist, with 39% having done so in the US compared to just 11% in the UK.

The “Trust & Identity in the Sharing Economy” report examines participation rates and consumer attitudes to trusting strangers in peer-to-peer and sharing economy transactions both in the UK and the US.

A key finding of the study is that in both the UK and the US, consumers are unlikely to conduct peer-to-peer online transactions without first obtaining assurance about the other person’s identity.   Six out of 10 respondents (61%) will not or are uncertain to trust without checking identity compared to 39% that are either happy to trust or would do so with reservations before they had assurance about the other person’s identity. 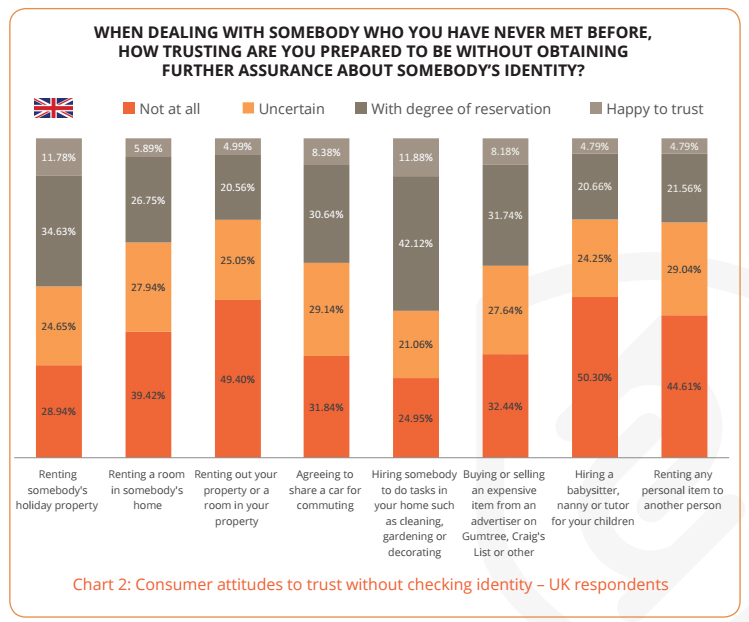 Eight in 10 (79%) respondents stated they would be much more likely to trust a stranger online if they were sent an in-depth ID confirmation report about the person they were dealing with.

The full research is available in HooYu’s Trust & Identity in the Sharing Economy report and reveals participation rates and a sliding scale of concern over participant identity across all the various types of sharing economy activity including holiday rentals, auction sites, car sharing, ride sharing and renting and sharing assets.

“How the industry moves forward to manage trust and identity issues using verification technologies like HooYu will determine how the growth curve will continue and how quickly the industry will move into the mainstream,” comments Benita Matofska, global sharing economy expert and CEO of The People Who Share.

“On 5-11th June, Global Sharing Week will take place, helping millions of people to discover the rapidly growing Sharing Economy and a service like HooYu that helps build trust and confidence between sharers is a step in the right direction.”