PayPal has beaten off competition for payments giants Visa and Mastercard to become the first foreign company to acquire a payments licence in China. 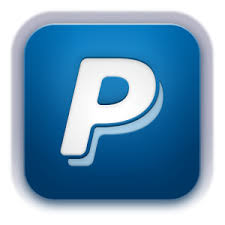 PayPal obtained the license through the acquisition of a majority stake (70%) in a Chinese payments group, Guofubao (Gopay), a small Chinese online payments company. The transaction has been approved by the central bank.

The deal makes PayPal the first foreign company to enter the Chinese payments market after two years of promises from Beijing that its financial services industry would be opened to overseas companies. The US has been pushing for greater market access as part of its trade talks with China, and the People’s Bank of China last year pledged “equal treatment” for domestic and foreign groups.

Visa and Mastercard are among those foreign companies that have been kept waiting for licence approvals, despite rules in 2017 removing formal obstacles to market access. According to its own rules, the central bank must decide on applications within 90 days of acknowledgement. The PBoC is the largest shareholder in China UnionPay, which in effect holds a monopoly on renminbi bank-card payments.

Third-party online payments in 2018 grew 45% in value to Rmb 208 trillion ($29 trillion) from the year before, according to central bank figures. However, the WeChat-Alipay oligopoly is a significant challenge, as well as the typical domestic payments fee rate of 0.5%, which is lower than the international average of 1.5 to 2%.

PayPal has been expanding into Asia’s booming mobile payments market as growth slows in the US and Europe.