Results from the report titled, “The Next Generation of Criminal Financing: How Payment Fraud Funds Transnational Crime,” illustrate the far-reaching effect of payment card fraud – where and how stolen payment data is used to either fund or launder the proceeds from large-scale, pernicious criminal activity across the world.

The research features geographical breakdowns and real-world case studies of how payment card fraud is used to launder money by organised crime syndicates; subsidise the costs of trafficking in drugs, guns and humans; and provide material support for terrorist groups at levels in the billions of dollars. 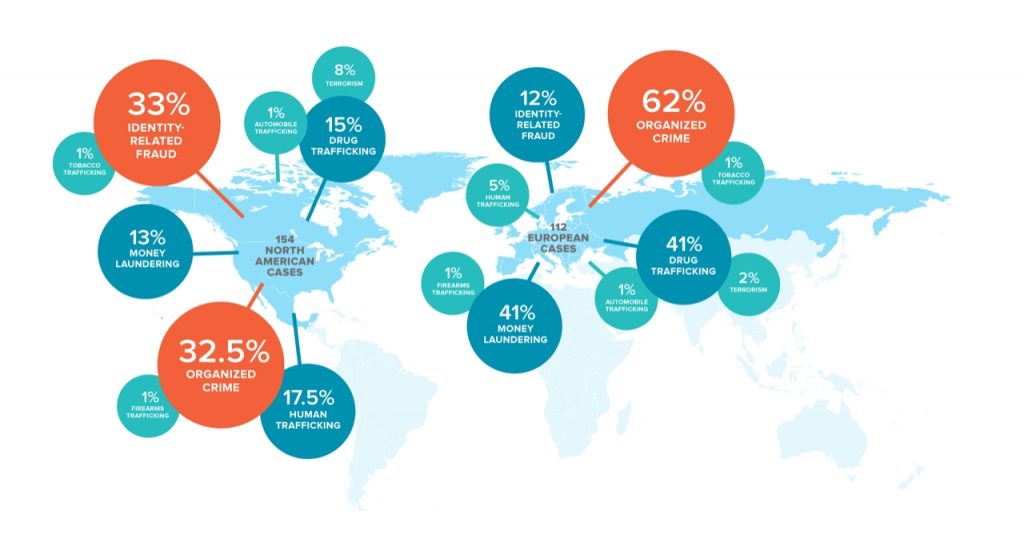 Researchers analysed thousands of cases during the decade-long period of 2008-2018 in the United States, United Kingdom, Australia, Canada, Germany and Russia. Data was sourced from publicly available documentation from an international set of crime and law databases.

Findings indicate widespread gaps and inconsistencies in crime documentation as victims are more likely to turn to their financial institution for quick remediation than to report the crime to law enforcement. Similarly, financial institutions and payments companies often treat payment fraud as an expected cost of doing business and don’t always report compromised accounts or fraudulent charges experienced by customers.

These gaps in reporting mask the true scale and spread of fraud funding transnational crime. As such, the findings in this report are only the tip of the iceberg and underscore much needed reform by ﬁnancial institutions and law enforcement agencies in how they document, investigate, and ultimately work to prevent payment fraud.

“With payment card fraud at an all-time high and the presence of dark web carding markets enabling fraud at massive scale, the ﬁnancial industry must do more to combat payment-card fraud – not only to reduce their own losses, but to cease the financing of major crimes with global impact,” said Danny Rogers, CEO of Terbium Labs.

A summary of key findings from the research follows:

“Payment fraud is not just a fraud problem. It can no longer be viewed as a non-violent crime, mere annoyance, or unfortunate cost of doing business,” said Emily Wilson, VP of Research at Terbium Labs.

“Criminal justice agents must strive for a fuller understanding of the role fraud plays in serious criminal cases and the shifting landscape of the fraud economy. We’re calling on the criminal justice system to create updated, standardised reporting requirements for investigations and case documentation in order to accurately and consistently track the links between payment fraud and transnational crime.”