Such breathless optimism may be unnecessary, given what other studies undertaken earlier this year – and Tink’s report – show is already happening. In short, it could be the promise of Open Banking has already arrived. 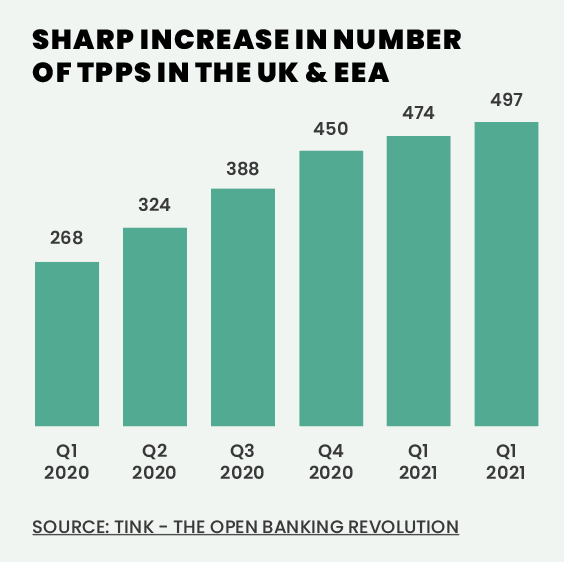 The report also predicts we’ll see more large transformational projects in the near future. However, the time for such wishful thinking may have passed, as much of what Tink are projecting is already here. 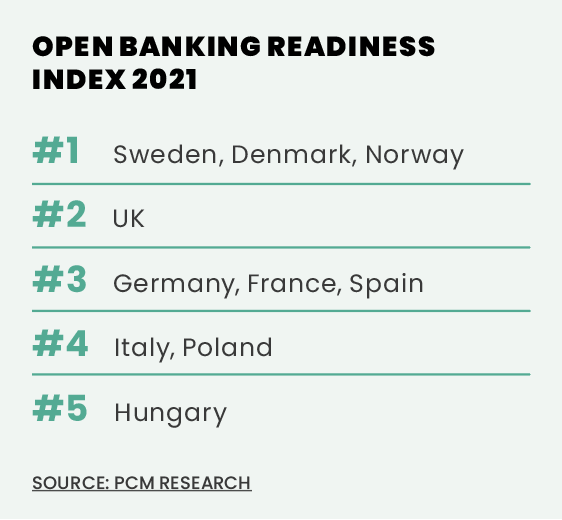 Tink report that things are developing quickly, with more than 450 TPPs now active across the UK and EEA – growth of 53% in the last year.

Further evidence that OB is with us, at least in certain geographies and markets, comes from the UK’s OBIE (Open Banking Implementation Entity), which records that as at the end of August 2021, some 93 banks and financial institutions had 114 open banking products live in the market, with 234 TPPs registered – meaning we can expect at least another 120 new OB products in the UK soon.

Their study also argues the Nordic markets are more advanced than the UK thanks to collaborative models that create service platforms such as Norway’s BankID, Vipps (Norway), and SWISH (Sweden).

These products and platforms work across multiple markets and institutions – a step-change from how things were in the Nordics just three years ago.

In the near future, the P27 project aims to offer instant payments to all 27 million consumers in the Nordic countries regardless of the currency or market by connecting banks, merchants and processors in a single system.

“OB products are now in development across every European country.”

Behind the Nordics and the UK, Mastercard classify a third tier of markets as developing rapidly, including Germany, France and Spain.

Projects such as Lyf Pay, a common mobile payments platform created by French banks, the industry-wide consolidation of German digital wallet platforms and the restructuring of Spanish payment networks in 2018 are all steps on the road to open banking.

Such ambitious plans show what’s possible – and indeed the UK is already looking beyond OB to an era of Open Finance which engages non-bank mortgage and loan providers in a single ecosystem.

“Low enthusiasm from uncompetitive segments shows how much competition OB will bring.”

Tink’s findings about the segments that believe open banking will bring most benefit are more interesting. In brief, those already most open and competitive – retail and digital banks, wealth management and payment service providers – are the most positive about the advent of OB.

Less competitive and more heavily regulated segments such as mortgages and investment banking are among the least enthusiastic. If nothing else, such a finding shows just how effective OB is going to be in bringing more competition to our industry.

The post Open Banking will be here sooner than you think – Here’s why appeared first on Payments Cards & Mobile.