Intercede, the digital identity company, released the findings of a new consumer survey that suggests Millennials in the US and UK are losing trust in today’s Digital Economy. 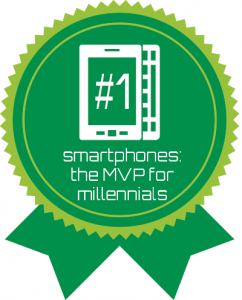 completely protected by effective safeguards. This serves as a stark warning to businesses and government departments who provide online services and products, as digital natives protest that ineffective security practices are potentially putting their online data into the hands of cybercriminals.

The research, commissioned by Intercede and conducted by Atomik Research, questioned approximately 2,000 16-35 year olds (the age demographic dubbed as ‘Millennials’) across the UK and US on their perceptions of current security measures.

The results indicate a general ‘Millennial malaise’ towards existing safeguards, namely the use of easily-hackable but widely used password-based authentication methods. A quarter of Millennials questioned access more than 20 password protected websites, applications or devices over the course of a year, with 45% claiming they only ever change passwords when they have to. Only 6% believe their data is completely secure based on the password policy they apply.

When asked about the impact of an increasingly digitally-connected world, such as the increased use of mobile devices and tablets on their digital privacy, nearly 70% of Millennials believed the risk to their online safety will increase – with 31% believing this increase will be dramatic.

More disturbingly, 54% felt the failure of companies and governments to adequately protect identities and data would result in public distrust of goods and services. A further 44% believed there will be an eventual decline in data sharing and 36% predicted demands for action. Smaller but still significant percentages of the research group said there is potential for a decline in economic or political stability.