London and the EU are bracing themselves for MiFID II, the new dawning of one of the biggest regulatory shake-ups of since the 1980s ‘Big Bang’ as a new framework of rules, as it comes into force across Europe. 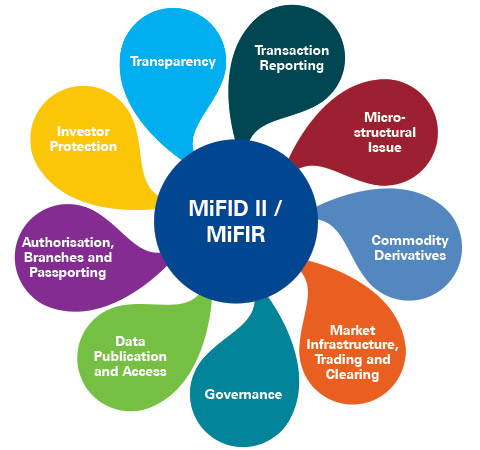 The financial sector across the European Union has been preparing for months ahead of the new regulations coming into play on January 3. Preparations for the reforms are reported to have cost firms in excess of £2 billion during the course of 2017. The package has been in the pipeline for seven years. Its implementation was put back by a year in May 2016.

What is MiFID II?

The rules –the second iteration of the Markets in Financial Instruments Directive which was introduced in 2007 – are aimed at improving transparency and offering investors greater security.

They are designed to increase trust in financial markets following the 2008 financial crash, and make such crashes less likely in future.

“It’s all about casting light in areas of the market that were previously dark, transparency and ultimately treating the investor at all times in a fair manner,” Ronan Brennan, chief product officer at Compliance Solutions Strategies said.

Catherine McGuinness, the City of London Corporation’s policy chairman, said the implementation will be a “real watershed moment” for financial regulation. She added: “It will be the last major piece of regulatory reform following the financial crash of 2008.”

What are the main provisions of MiFID II?

The rules are not minimal, running to 7,000 pages in length.

Such is the extensive nature of the legislation that ratings agency Standard and Poor’s has warned that there will be “more losers than winners” from it as banks, asset managers, brokers and stock exchanges face more costs to ensure compliance.

One of its most significant measures is the requirement that financial institutions follow the practice of ‘best execution’. Put simply, it means that they must work to ensure they achieve the best possible result for their customers.

The rules also include new measures meaning fund managers will now have to pay for the insights of analysts.

Under MiFID II, investment banks must now charge separate fees for brokerage and research services, in a bid to avoid conflicts of interest. The changes have prompted warnings that some analysts could lose their jobs.

The regulations are also aimed at clamping down on so-called ‘dark pools’, or private markets that allow people to trade anonymously. They will place a cap of eight per cent of volume of any stock changing hands in this way.

Who does MiFID II apply to?

More or less everyone working in financial services: banks, fund managers, traders, brokers, stock exchanges. The legislation applies across all 31 members of the European Economic Area (Iceland, Liechtenstein and Norway as well as the 28 EU member states).

Firms are to be given a six-month grace period to tackle early problems in compliance. But that doesn’t mean they’ll be given a free pass; regulators will demand evidence that they have made every effort to comply with the framework.

However, in a development which highlights the complex nature of the reforms, the UK and Germany have granted late reprieves to Europe’s largest futures exchanges to implement the rules.

On the day the rules were supposed to come into force, Ice Futures Europe and the London Metal Exchange were both given 30 more months to comply with the regulations.

And in Frankfurt, Eurex futures exchange, owned by Deutsche Börse, was also given a late reprieve by Germany’s regulator.