The COVID-19 pandemic has seen the fastest transition of customers moving to the online space and witnessed an unprecedented surge in the creativity of credential-stealing cyberattacks.

A new report, based on NuData intelligence, highlights the changes in user habits and online threats, and will help companies prepare for the remainder of challenges and opportunities in 2020 – and beyond.

From January 1 to June 30, NuData analysts closely monitored global online changes across its network, and summarised the key findings to help make sense of what’s happening in the threat landscape.

These are high-quality attacks that try to resemble human behaviour and often include human intervention, for example, to solve a CAPTCHA. This sophistication allows them to bypass common security layers, such as bot detection tools. 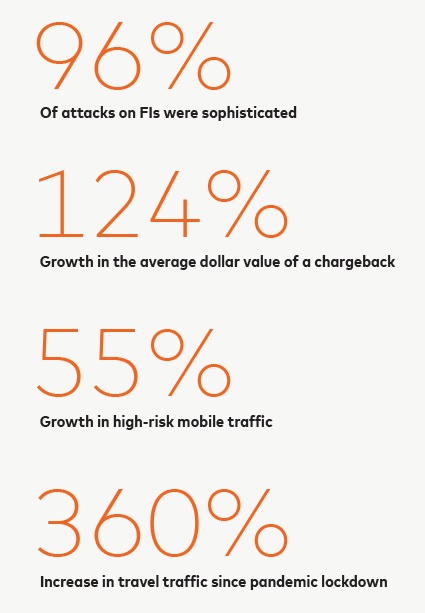 Cyberattacks: The first half of 2020 in numbers:

Financial institutions (FIs) receive the highest percentage of sophisticated attacks amongst all industries, with 96%, up from 90% in 2019.

After grappling with basic attacks for some time, FIs have steadily improved their security tools to detect and mitigate basic, volume-focused attacks. As a result, bad actors who know their basic attacks won’t work against FIs, are forced to use more sophisticated attacks that could bypass bot-detection security tools. 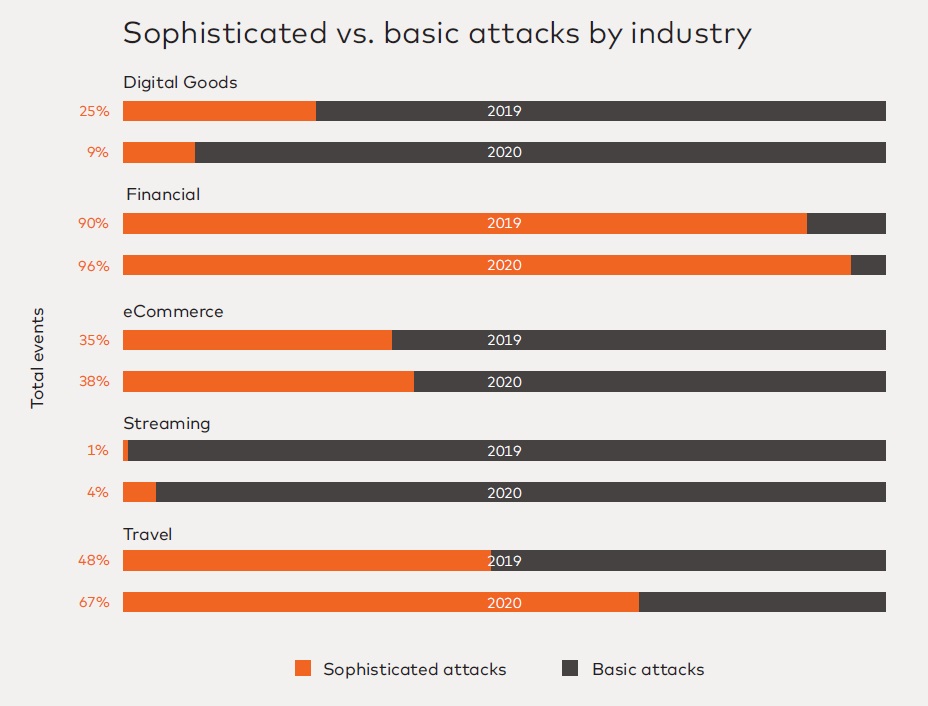 Similarly, as bad actors see their basic scripts fail against financial institutions, they move those attacks to other industries where they may be more successful. It’s a clear case of recycling attack vectors across industries before working on improving them.

The report notes that there is an expectation to continue seeing human-looking attacks increase across all industries.

As companies get wise to fraudsters and improve their bot-detection tools, fraudsters are forced to find another way in and rely more on sophisticated attacks to help them access protected platforms.