Fake credit card factory shut down by Police in London

Police have shut down a fake credit card factory used to supply bank cards to criminals across Europe. 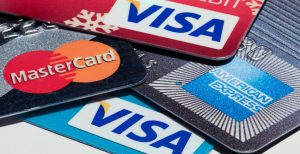 Fake credit card factory shut down by Police in London

Gabriel Yew, 45, was one of three men to be sent down for their part in the crime network, while another two were spared jail.

Scotland Yard’s fraud team Falcon had been tipped off that the false cards were linked to Yew’s phone number and they arrested him in June.

They then searched the property and found thousands of blank cards and printing and embossing machines.

Officers also searched Yew’s car and his home in London where they found more blank cards and printing machines, as well as almost £5,000 in cash and two stun guns disguised as torches.

They also seized luxury handbags and watches, and through his phone records traced three more men who had contacted him to buy fake cards.

The five men pleaded guilty to various offences and were all sentenced at Blackfriars Crown Court.