E-commerce fraud has decreased nearly 35% since 2016

E-commerce fraud as a percent of sales dollars has been declining across the board, except for two industries, since the first quarter of 2016.

However, fraud losses still account for billions of dollars, and perhaps even more due to transactions declined incorrectly due to fear of fraud. Signifyd have tracked, analysed and reported on this and other important trends in the world of fraud as it relates to online payment and e-commerce in the newly released Q1 2017 Global Fraud Index. 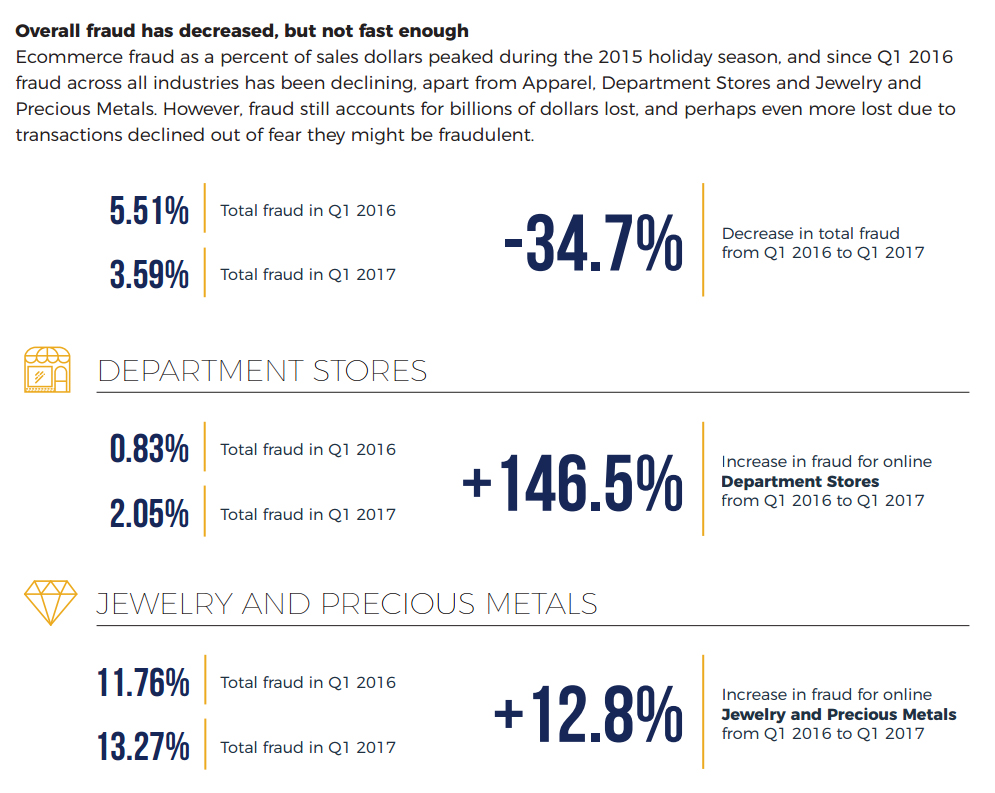 Fraud in each industry is examined across three key categories: Friendly Fraud, Account Takeover, and Stolen Financials. Additionally, each quarter a country is featured and this quarter’s focus is on the United States. In later quarters the focus will be on other parts of the globe.

Since early 2016, e-commerce fraud has been declining in most industries, with two notable exceptions: Department Stores and Jewellery and Precious Metals.

One of the main reasons behind this decline is the use of machine learning in fraud prevention solutions that are raising the bar against a global network of cyber criminals. These machine learning solutions are doing a better job than previous solutions, which relied on static rules, of distinguishing real orders from fraudulent ones. The resulting decrease in total fraud from Q1 2016 to Q1 2017 is -34.7%, a substantial amount.