Banking bosses say that a cyber attack is among their biggest fears, with nearly 80% of chief executives of financial services firms worrying about this potential risk. 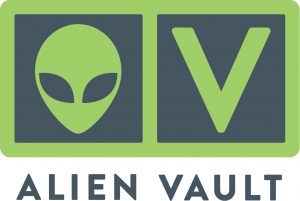 financial firms around the world – is the FS sector doing enough to protect itself? While cyber threat intelligence sharing is common practice among larger organisations and in the US – what can other organisations do?

The latest OTX offering, in beta since April 2015, is modeled on social sharing technologies, enabling security practitioners from around the world to openly research and collaborate on emerging threats, correlate data better and quickly implement that threat data into their own security systems, including AlienVault’s Unified Security Management (USM) v5.1, which is also generally available today.

Launched in 2012 as one of the first crowd-sourced threat-sharing systems in the industry, OTX now has more than 26,000 participants in over 140 countries that contribute more than one million threat indicators daily.

“Nearly every vendor has some sort of threat service or product, but access is often limited unless you’re a customer or willing to pay a fee to consume that data,” said Stefan Schwoegler, Director of NetOps at b Spot, a mobile games community that lets you legally bet and win cash in the US.

“What is compelling about AlienVault OTX is that it is open to anyone to participate or contribute, and it is truly a community where individuals can share, explore, challenge and validate threat data. OTX essentially gives practitioners everywhere their own security research organization.”

Powered by a sophisticated big data platform that combines natural language processing and machine learning to automate the collection and correlation of threat data from a variety of sources like third-party threat feeds, blogs, external API and local agents, the latest version of OTX contains thousands of threats, or pulses, created by OTX participants.

Each OTX pulse provides users with a summary of the threat, a view into the software targeted and the related indicators of compromise (IoC) that can be used to spot attacker activity and detect threats, like IP addresses, domains, malware samples, emails and file hashes.

“We created the Open Threat Exchange on a core belief of strength in numbers,” said Barmak Meftah, president and CEO of AlienVault. “It has been shown time and time again, that if we work together as a community and freely share threat information and resources we can identify attacks sooner and react quicker, before they become devastating breaches. A collaborative defense is the only way to get ahead of the attackers. Security wins when we go on the offensive.”