iovation and Aite Group have developed an impact note entitled “EMV: Issuance Trajectory and Impact on Account Takeover and CNP.” The report calculates that card not present fraud – fraudulent transactions where a credit card is not physically presented to a merchant – will cost retailers and financial institutions $7.2 Billion in the United States by the end of 2020. 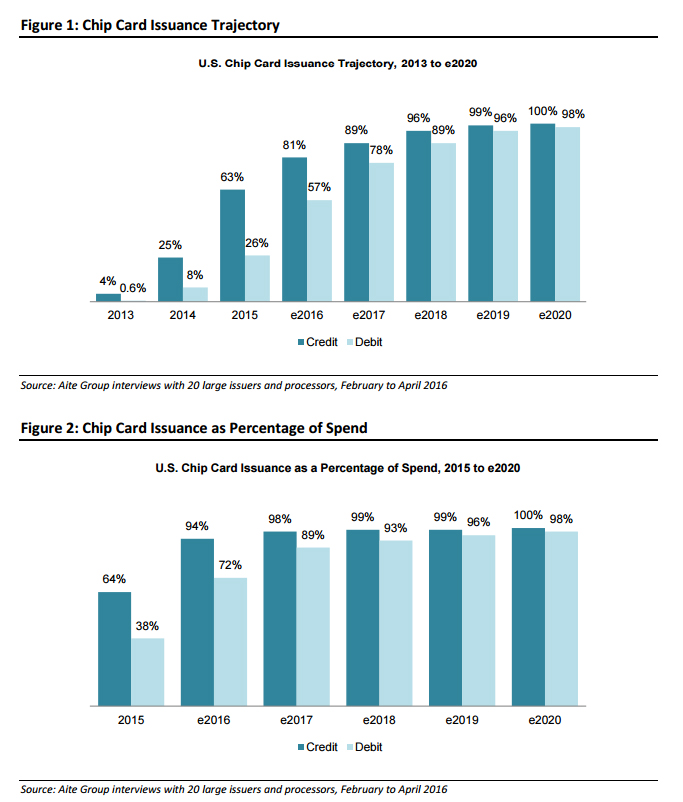 poses as a genuine customer, gains control of an account and then makes unauthorized transactions – will increase from $644 million in 2015 to more than $1 billion by 2020 in the US.

iovation and Aite Group believe a big driver of this fraud will be the shift from consumers using traditional credit and debit cards with magnetic strips to EMV (Europay, MasterCard, and Visa) chipped cards.

The report found that by the end of 2016, 81% of credit and 57% of debit cards in the US will be EMV capable. The widespread adoption of EMV cards in the US began in October 2015 when all merchants who refused to accommodate chip cards were legally forced to shoulder more of the financial burden of fraudulent transactions.

“In other countries that preceded the US in widespread EMV adoption, there was a big increase in counterfeit fraud activity during the time period where people transitioned from stripe to chip cards,” explains Michael Thelander, product marketing manager at iovation.

“We are seeing that exact scenario play out in the U.S. as criminals realize their window for perpetrating counterfeit card fraud is rapidly closing, so they are working through their vast piles of compromised cards.”

The report found that as more merchants become EMV-capable, counterfeit fraud will fall from a high of $4.5 billion in 2016 to less than $1 billion in 2020. EMV is a computer chip on a credit or debit card. These chips contain embedded microprocessors that, unlike the more familiar magnetic stripe cards, transmit unique data with every transaction that makes card duplication extremely difficult.

“As the US migration to EMV progresses, the combination of continued strong growth in e-commerce, ready availability of consumer data and credentials in the underweb, and disappearing counterfeit fraud opportunity will create a perfect storm that will result in a sharp rise in CNP fraud,” says Julie Conroy, research director at Aite Group.

“CNP fraud is already on the rise, and the problem will get worse before it gets better. Financial institutions and merchants must invest in technologies that will help detect fraud, while at the same time maintaining a delightful user experience.”