Biometrics and fraud: You’re one in 7 billion

The biometrics market as a whole has grown substantially in recent years due in part to accuracy improvements in the algorithms used to support voice biometric authentication as well as the increasing levels of adoption among verticals including mobile banking and ﬁnancial services.

Banks and credit unions have tapped into biometric authentication as part of a layered security measure to help combat rising risk concerns, and it looks as though many more are expected to move in that direction with a recent analysis by Goode Intelligence predicting that 1.9 billion bank customers will regularly use biometric interfaces by 2020.

Furthermore, within the next ﬁve years, the total biometrics market size is expected to surpass $50 billion, according to a new research report by Global Market Insights. This represents a signiﬁcant leap from the $7 billion spent globally in 2014. Interest is growing. 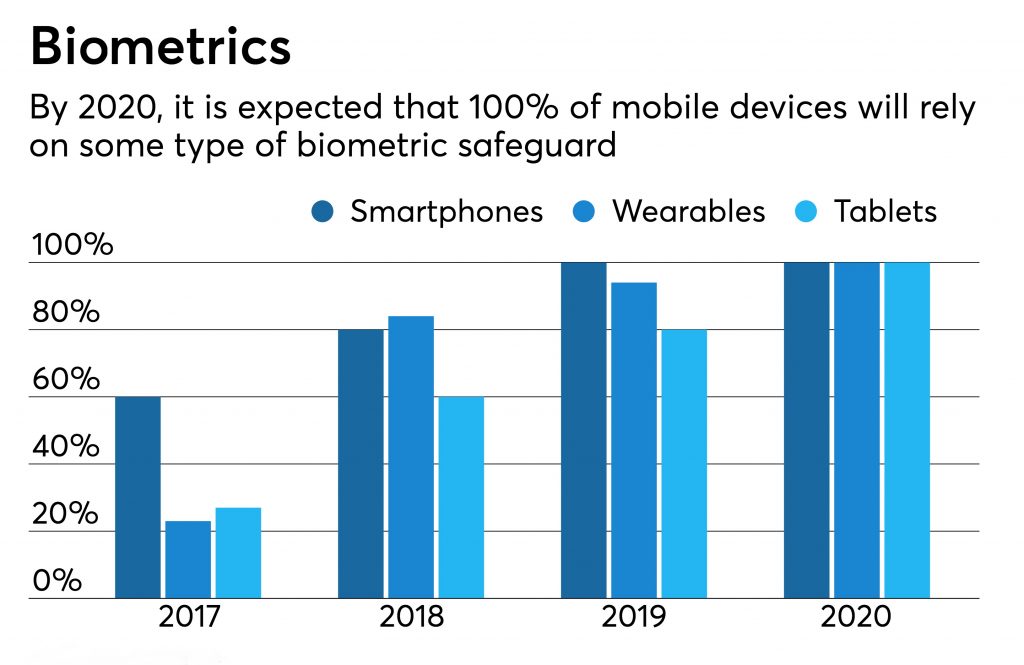 Regulators have been predicting the use of biometrics and encouraging adoption among ﬁnancial institutions for nearly a decade, and in many consumers’ lives, biometrics as a layered security measure is already mainstream.

Your iPhone is most likely unlocked by either a ﬁngerprint or facial recognition to conﬁrm identity. Google Assistant uses voice biometrics to unlock Android devices. Disney World has biometric authentication at turnstiles and in use throughout its parks. Once relegated to the realm of action movies and science ﬁction, biometrics has now become ubiquitous in daily life.

From enhanced security functionality to seamless authentication experiences, biometrics, and voice biometrics in particular, is changing the way customers interact with businesses and conduct everyday tasks. Despite the growing momentum and regulatory incentive, however, there still exists doubt surrounding voice biometrics as a secure, efﬁcient and easy means of authentication.

Within the last ﬁve to 10 years, a customer needed to be present to visually conﬁrm their identity and authenticate a transaction. Now, as consumers move rapidly to a digital marketplaces to conduct their business, transactions take place in an increasingly “customer-not-present” environment.

Voice biometrics has emerged as the closest (and easiest) interaction between two parties that are communicating remotely. Additionally, implementation of voice as a means of layered authentication is now cost effective and widely available worldwide.

As a result, it has become more important to decode the biology, technology and myths behind voice biometric authentication as fraudsters become more sophisticated. According to Javelin Research, 2017 saw record high levels of identity fraud, with 16.7 million victims.

Banks, credit unions, credit card companies and payment providers are among the most targeted as consumers move quickly to a cashless economy powered by e-payments and digital wallets.

The recent breaches suffered by big brands once again highlight the importance of security in the digital economy and how users need to adopt the right procedures to try to protect their data. Consumers, businesses and ﬁnancial institutions need a sophisticated means to verify legitimacy and combat the rising security risks. 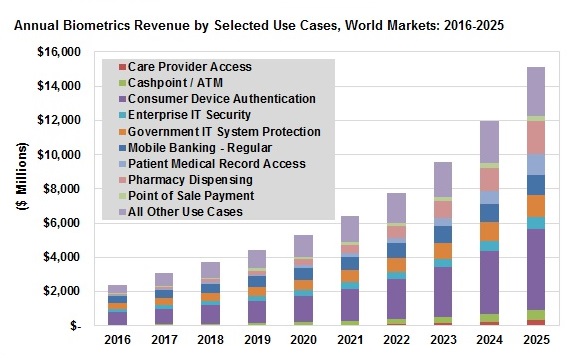 In 2012, mobile banking set a new gold standard for customer convenience. Developments in voice technology are eclipsing those standards, and it is expected to have an important impact on how customers manage their money in the future.

To reiterate this point, consider this: Most day-to-day banking tasks are the reason behind 85% of all web trafﬁc to banking sites. The most common among these tasks is a basic balance check, requiring less than three minutes and as few as two page views per session.

Voice technology and authentication can change that. and it is predicted that web trafﬁc to online banking portals and for mobile applications will drop by nearly 50% in the next ﬁve to 10 years.

Voice recognition and authentication maturity are tipping the scales as banks and credit unions move to offering common banking tasks such as a simple balance check by talking to an Internet-enabled voice assistant. Voice biometrics will help create the frictionless, secure environment to make this move successful.

Every voice has a unique signature, a distinctive identiﬁer based on personal biology. Voice biometrics can validate the identity of the user or caller by detecting more than 100 physical and behavioural factors in an individual’s voice patterns.

This includes pronunciation, emphasis, speed of speech, accent, as well as physical characteristics of the vocal tract, mouth and nasal passages. The human voice has several identiﬁers that make it just as unique as a ﬁngerprint.

The post Biometrics and fraud: You’re one in 7 billion appeared first on Payments Cards & Mobile.