The Bank of England has published a Discussion Paper which aims to broaden the debate around new forms of digital money and seek views on the Bank’s emerging thoughts on the subject.

These new forms of digital money could be publically or privately provided. Central Bank Digital Currency (CBDC) is the term used to describe the digital form of central bank money. A ‘stablecoin’ describes digital tokens issued by the private sector which aim to maintain a stable value at all times, primarily in relation to existing national currencies. Their stability of value is what distinguishes them from other digital assets using new technologies.

For the purposes of the Discussion Paper, the forms of digital money in the UK that are considered to be systemic are those that have the potential to scale up and become widely used as a trusted form of sterling-based retail payments. For all stablecoins deemed as systemic, the Bank’s expectation is for them to be stable in value at all times and offer 1-to-1 redemption with a robust legal claim.

Governor of the Bank of England, Andrew Bailey, said: “We live in an increasingly digitalised world where the way we make payments and use money is changing rapidly. The prospect of stablecoins as a means of payment and the emerging propositions of CBDC have generated a host of issues that central banks, governments, and society as a whole, need to carefully consider and address. It is essential that we ask the difficult and pertinent questions when it comes to the future of these new forms of digital money.” 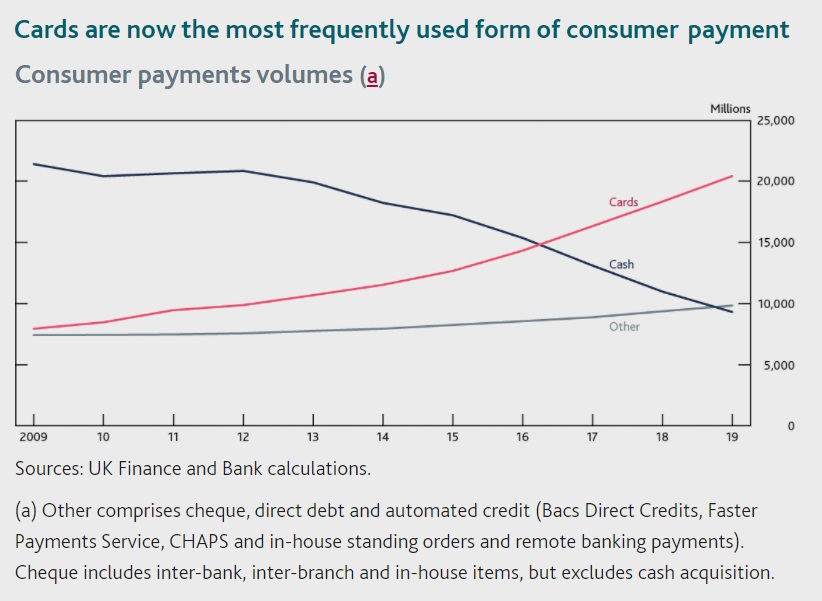 The Bank of England has today also summarised responses to its March 2020 Discussion Paper, ‘Central Bank Digital Currency: opportunities, challenges and design.’ Respondents to the Discussion Paper showed strong agreement that the Bank should, at the very least, be carefully studying CBDC, even if there was a range of views on whether one was ultimately likely to be needed or desirable.

While views varied among respondents, there were some areas of significant agreement where a large majority expressed a similar view. The Bank therefore has identified five core principles from the responses which will guide its future exploration of CBDC. These include:

The response to this Discussion Paper will help inform the Bank’s thinking on this issue and will support the ongoing work of the recently announced CBDC Taskforce, Engagement and Technology Forums.