Apple, in a rare public protest, has exposed the Australian government’s proposed anti-encryption bill, calling it “dangerously ambiguous” and “alarming to every Australian”. 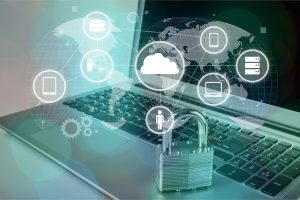 The Access and Assistance Bill would see tech companies like Apple compelled to help federal authorities gain access to encrypted communications, which the government has said are increasingly being used by terrorist groups and criminals to avoid detection and disruption.

Under the bill, Apple’s own encrypted messaging service iMessage would be susceptible to breaches by authorities, as would third-party messaging services like Wickr, and locked iPhone devices.

In a seven-page submission to federal Parliament that was made public on Friday afternoon, Apple said that, rather than protecting citizens from online criminal behaviour, the changes could undermine the privacy and security of smartphone users. “This is no time to weaken encryption,” the submission read.

“Rather than serving the interests of Australian law enforcement, it will just weaken the security and privacy of regular customers while pushing criminals further off the grid.”

Although the Australian government says the bill’s intention isn’t to compel software “back doors”, Apple says the “breadth and vagueness of the bill’s authorities, coupled with ill-defined restrictions” leaves its meaning open to interpretation.

“For instance, the bill could allow the government to order the makers of smart home speakers to install persistent eavesdropping capabilities into a person’s home, require a provider to monitor the health data of its customers for indications of drug use, or require the development of a tool that can unlock a particular user’s device regardless of whether such tool could be used to unlock every other user’s device as well,” the submission read.

“All of these capabilities should be as alarming to every Australian as they are to us.”

The trillion-dollar tech giant outlined in the letter a number of other concerns, including that the bill would violate international agreements and harm user trust by compelling other companies to build security weaknesses into their products.

It said that the bill should include a “firm mandate” that prohibits the weakening of encryption, which is the “single best tool we have to protect data”. “Software innovations of the future will depend on the foundation of strong device security,” the submission read. “To allow for those protections to be weakened in any way slows our pace of progress and puts everyone at risk.”

Apple’s submission comes months after its top privacy executives got wind of the changes, flying out to Australia twice in July 2017 to lobby the government against an anti-encryption bill.

It is one of many tech giants operating in Australia to make a submission against the bill, including Optus, Telstra and Mozilla. Others, such as Google and Facebook, have joined civil and digital rights groups – including Amnesty International – to oppose the bill.