Atos forges ahead with $5.1 billion bid after Gemalto rebuff

Atos is ruthlessly pursuing its unsolicited bid to buy Gemalto even after the security-software maker’s board unanimously rejected the €4.3-billion ($5.1 billion) offer. 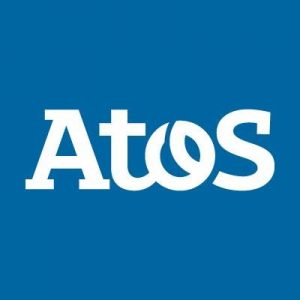 Atos forges ahead with $5.1 billion bid after Gemalto rebuff

Atos’s offer “significantly” undervalues the company, Gemalto said in a statement late Wednesday in which it also cited doubts about strategic rationale, uncertainty about integration and insufficient guarantees that a deal would go through to the end. Atos in response reaffirmed it wants to do the transaction and maintained its terms, effectively giving its approach a hostile turn.

Gemalto is “best positioned to grow successfully on a standalone basis and create long-term value for its stakeholders, including its shareholders,” the Amsterdam-based company said. Atos said a few hours later it’s going ahead with its €46 a-share cash offer and is confident Gemalto’s board will engage in discussions.

There are questions about how Gemalto can manage to defend itself after a particularly rough year, during which its shares suffered a March cut in outlook, an April warning that demand from US banks was dipping, a July announcement of an impairment charge, and a delay in September in presenting a new strategic plan.

“We are today facing a low point for Gemalto stock; this is obvious,” Chief Executive Officer Philippe Vallee said Thursday in a Bloomberg Television interview. “The approach of Atos is opportunistic. That’s smart on their side, but we need to defend ourselves.”

Vallee said he may address investors sooner than planned about Gemalto’s prospects by moving forward the Capital Markets Day scheduled for March 13 in New York. That’s when the company is expected to present a new strategic plan for the coming years.

Gemalto rose 1.8%Thursday to €47.9, above the Atos bid price, in a sign that some investors expect a higher offer. Before surging this week, the stock had fallen 41% this year through Friday. Atos’s share price fell 2.3% to €130.6.

Atos unveiled the bid on Monday and said it wants to create a European leader in cybersecurity, digital technologies and payment services. “The offer has received strong support from the financial markets, investors and the analyst community since announcement,” Atos said in its statement Wednesday.