Payments UK, the trade association for the payments industry, has published a second report in its World Class Payments series, titled: ‘How consumers around the world make payments’. 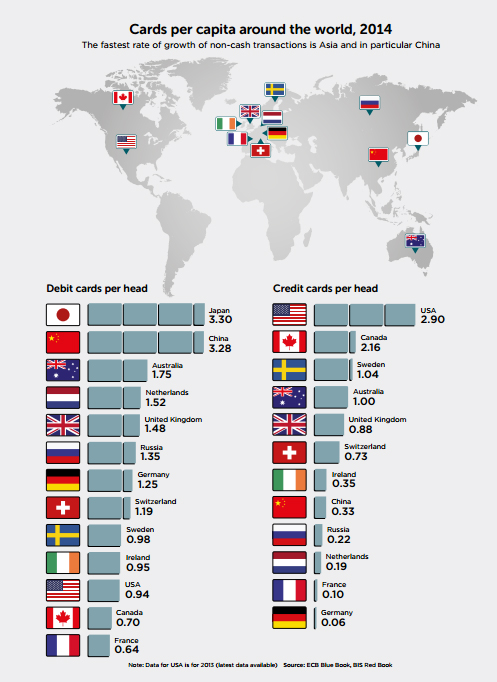 Cards per capita around the world

and around the world. It highlights some of the key differences between the way we pay in the UK compared to other countries, such as: 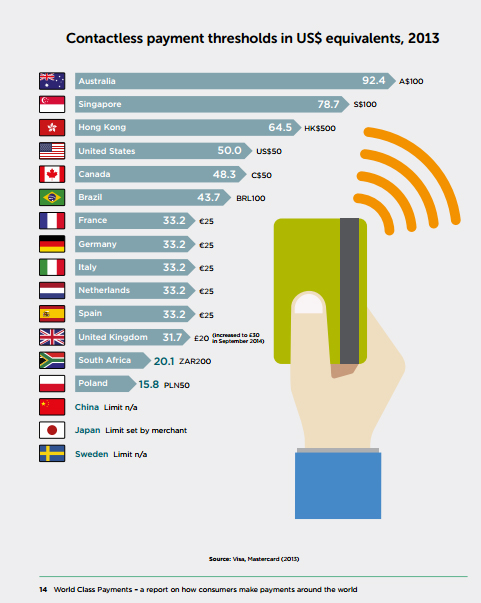 Contactless limits around the world

around the world and the high level of choice, convenience and protection which UK consumers enjoy, compared with many others around the world,” comments Maurice Cleaves, Chief Executive of Payments UK.

“The UK has a great track record of leading where others follow, with both contactless payments and Paym being recent highlights. By using the findings from this report to focus on the future and what customers need next, Payments UK will ensure that customers benefit from the best possible payment services and the industry we represent remains central on the global payments stage.”

In the World Class Payments report that Payments UK published last year, an evidence-based approach was taken to understand what different customers want from payments and what the UK needs in order to stay world-class. In that report Payments UK set out 13 core payment capabilities that are needed for a payments environment to be world-class, and identified four priorities that it believes should be the initial focus to help the UK achieve its vision.

The new World Class Payments report can be downloaded HERE