A few  years ago, most banks and ATM network operators were breathing a sigh of relief as they completed their final ATM migration upgrade to Windows 7. 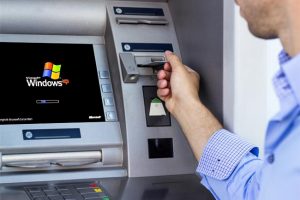 Although ATM migration was not mandatory, discontinued support for the widely used Microsoft Windows XP operating system meant an end to security updates and additional cost for a (temporary) extended support contract.

While end of support might not have been such a big issue in the past, the growing threat of malware and cyberattack has made regular software updates essential for the continued secure operation of ATMs. The longer an ATM continues on an outdated operating system, the more vulnerable it becomes.

ATM software experts warned that the Windows 7 ATM migration was sure to be short-lived. And as predicted, Microsoft made the official announcement early last year – Windows 7 extended support will end on January 14, 2020.

As with the end of Windows XP, the 2020 date carries with it the halt to security updates for Windows 7, creating the standard risks associated with running unsupported operating systems including:

However, the news is not all bad. The latest operating system, Windows 10, is touted as one of the most advanced and secure systems presented by Microsoft in many years. The OS includes built-in security, designed to detect and prevent emerging cybersecurity threats.

In addition, Microsoft is including updates that go beyond the standard background changes from early renditions of Windows – intended to provide a longer lifespan to this latest OS version.

The ATM Industry Association (ATMIA) recommends that a “2020” migration begin as soon as possible. Similar to the Windows XP migration, financial institutions should begin now to take the following steps to upgrade their ATMs:

January 14, 2020 seems like a long way away. But there are less than two years before the Windows 7 cut-off date hits; and, time flies when it comes to ATM upgrade completion. Fortunately, having recently completed an OS upgrade, most institutions and their partners are aware of the concerns and timelines to be addressed moving forward…as long as steps are taken to get things rolling.