Payments could be Apple’s next multibillion-dollar business according to Krish Sankar a Cowen analyst. 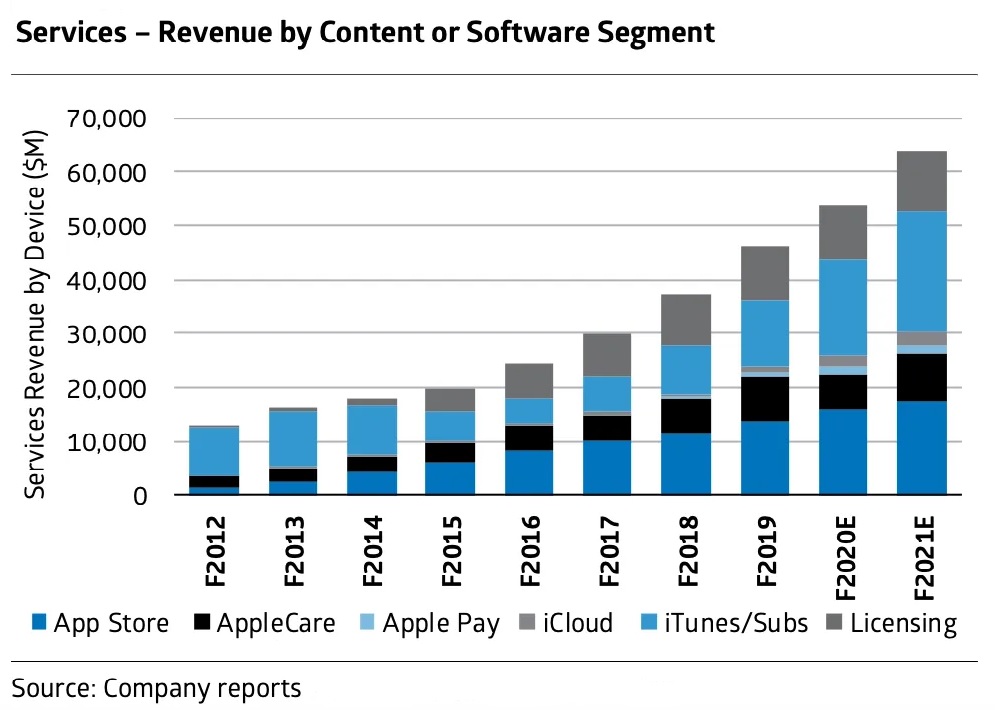 In a research note this week he notes that the three elements of the business, Apple Pay, Apple Card and Apple Cash, have collectively grown more than 100% year over year in recent years, and that with the COVID-19 pandemic, “usage and penetration of it’s digital payments offerings have only accelerated further.”

Sankar also notes that the company has positioned payments as complementary to its hardware business, but that “future scaling of these services globally coupled with increasing depth and sophistication of them could position Apple as an emerging player in the FinTech space.”

Sankar goes further saying he believes the company will top $1 billion in payments revenue in 2020, and $2 billion in calendar 2022.

Apple Pay, he says, will remain “the cornerstone of it’s payments platform strategy as the digital wallet continues to see increasing acceptance at US retailers.” He sees growth for Apple Pay of 18% compounded through fiscal 2023. “We see scope for further expansion at European retailers as well as increased penetration in transit systems, especially in Asia.”

Apple Card, he notes, is the company’s newest payments business, but he thinks it could be the biggest revenue driver in that division, with 89% compounded annual growth to $1.2 billion by fiscal 2023.

“This new revenue estimate assumes a conservative 2-3% penetration rate into digital-based global retail spending,” he writes. “We also assume it receives a 1% fee for transactions, a rate that we believe is in line with the average for card issuers and could be the most lucrative opportunity longer-term compared to the Pay and Cash products.”

“We model for Apple Cash revenues to grow but remain below $100 million for the next several years as we assume only a mid-single digit percentage of consumer cash transfers are ‘instant transfers’ that could generate upwards of a 1.5% transaction fee.”

The post Why Apple’s payments business could be their next billions dollar revenue stream appeared first on Payments Cards & Mobile.