Wearable payments are taking off across Europe

The use of passive wearable devices for wearable payments is continuing to take off in Europe, as consumers quickly and easily integrate this relatively new payment method into their daily lives. This year’s wearable transaction figures, in comparision to 2018, showed an eightfold increase. This trend has been widely adopted over Europe as payment-enabled wearables are already available in 26 EU countries, offering over 30 different devices.

In Europe, the Netherlands is at the forefront when it comes to wearable payments. A third (33%) of all wearable transactions in 2019 came from the Netherlands, followed by the United Kingdom (18%), Switzerland (8%) and Russia (7%). This includes both active wearables (with a battery) and passive wearables (without a battery), such as bracelets, rings and regular watches.

Globally, most wearable payments were made in Australia, followed by the Netherlands. While the United States comes in eighth place, all other countries in the global top 10 are European. The amount of wearable payments in Europe this year is growing; the total number of European transactions this past year was almost 20 times (19.4) higher than North America. 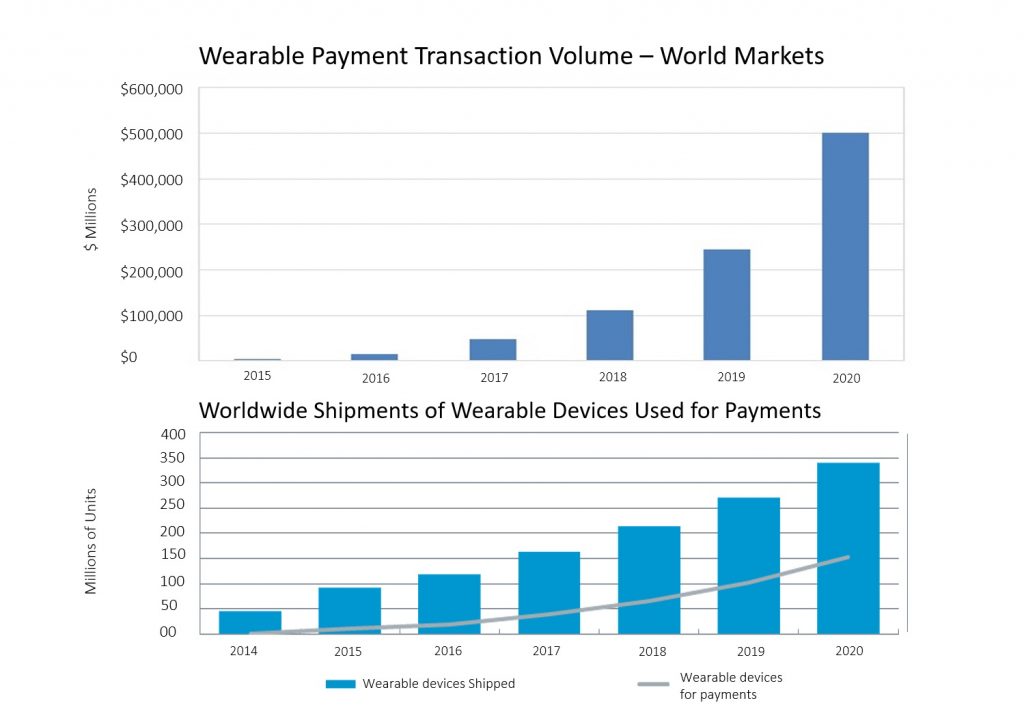 As wearable technology matures, fashion brands are driving the next evolution in the market; creating wearables that are now high-end accessories rather than just functional. Currently one in five adults wear a smart watch or fitness strap, and by 2020 the wearable technology market will have an estimated value of 30 billion Euros globally. On top of that, wearable payment functions offer an easy and convenient payment process via a tap or a swipe.

“We envisage new ways of payments being adopted rapidly as consumers want faster and more convenient payments, as long as the provider is a trusted brand. It is remarkable to see how easily consumers switch to new innovative payment technologies, which fit into their digitally connected lifestyle,” says Arjan Bol, Mastercard Country Manager, The Netherlands. “Wearables give people more convenience and ease of mind, while providing the required trust and security.”

A wearable device, for example a ring, bracelet or smartwatch, has Near-Field Communication (NFC) capabilities. After you link it to to your debit or credit card, you can pay in the same contactless way. There are ‘passive’ and ‘active’ wearables. With a passive wearable, like a ring, you approve the transaction by entering your PIN code on the payment terminal just like you do with your plastic card. With active wearables, like a smartwatch, you can enter your PIN on the wearable itself and complete the payment with a single tap.

The post Wearable payments are taking off across Europe appeared first on Payments Cards & Mobile.