Visa roll out contactless payments on public transport in 500 cities

With the continued rise in demand for safer ways to travel, Visa has begun to roll-out contactless payment acceptance for public transportation in over 500 cities.

Demand for contactless transactions reached a global low in April and were still below pre-virus levels but have substantially recovered over the last two months, Visa says, citing internal data. 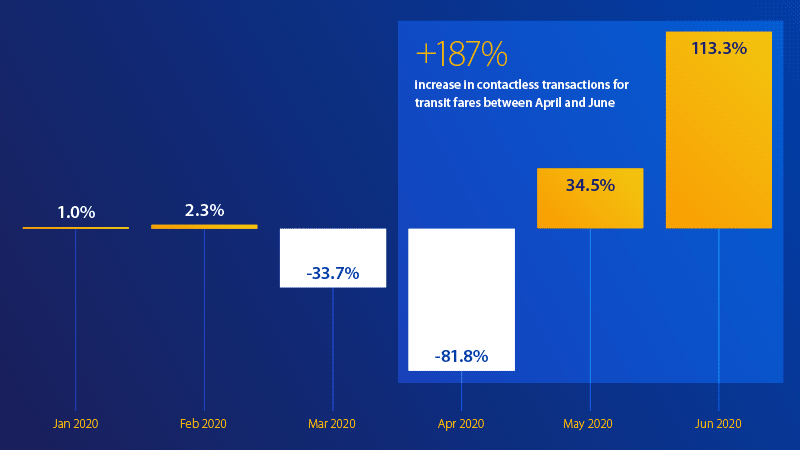 “With open loop, contactless payments, riders can simply tap their card or contactless-enabled mobile device at the terminal and ride,” according to a statement.

The US has been slow to uptake on contactless cards for fear of security breaches and lack of infrastructure to accept such payments, according to Greg Mahnken, a credit industry analyst at Credit Card Insider.

“65% of cards on the market will be contactless by the end of this year,” he said, citing a study that noted a 6% to 8% increase in cards using radio-frequency identification (RFID) because of the pandemic.

Coronavirus has spread awareness of this type of payment especially in Europe and non-US markets, but popularity in the US has been comparatively low – as was the case with chip cards when first introduced.

But as consumers struggle with fears for personal health, the technology used in contactless payments will be favourably looked at from here on out, Mahnken said.