US regulators have warned that the growing popularity of bitcoin and other digital currencies is posing potential financial stability risks as it revealed they are being put under closer scrutiny.

A group that includes the Treasury department, the Federal Reserve and the Securities and Exchange 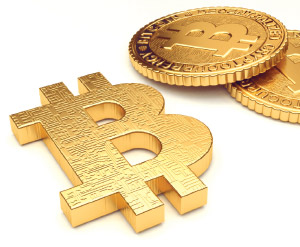 Commission used an annual report on the biggest threats to the US financial system to highlight concerns about digital currencies for the first time – according to an article in the FT.

Bitcoin has thrived as an alternative to currencies that are managed for governments by central banks, because it functions as a decentralised, or distributed, database for trusted transactions with no governing institutions.

The Financial Stability Oversight Council, the group of regulators, said in its annual report on Tuesday: “Like most new technologies, distributed ledger systems also pose certain risks and uncertainties which market participant and financial regulators will need to monitor.”

It noted: “Market participants have limited experience working with distributed ledger systems, and it is possible that operational vulnerabilities associated with such systems may not become apparent until they are deployed at scale.”

Some bitcoin fans have worried that the cyber-currency could be thwarted by action by governments concerned about it becoming the currency of choice for terrorists and criminals.

In bitcoin’s early days US regulators insisted that processors install anti-money laundering checks, but otherwise indicated they were content to let the experiment continue.

The regulators’ report noted that bitcoin advocates say it can improve the efficiency and transparency of currency systems and reduce risks stemming from transactions being channelled through a small number of institutions.

FSOC officials said they were laying down a marker about the nascent technology and seeking to be vigilant about trouble that could lie ahead, but also acknowledged there was no certainty of big problems arising.

The FSOC, which is also responsible for overseeing banks and insurers deemed as potential systemic threats, noted that bitcoin had experienced “dramatic” increases in trade delays and some transaction failures in recent months.

Rather than depending on a central middleman to process transactions, bitcoin relies on a combination of encryption, algorithms and crowdsourcing to create a self-maintaining system of record.