US merchants pushed to improve payments acceptance and security

The results of a new survey has been released from group of payment networks and card issuers lobbying  against merchants in which the key findings are that merchants should “step up and catch up” regarding payment card security and innovation. 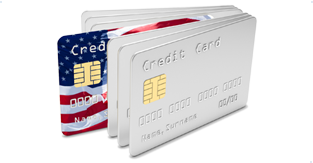 US merchants pushed to improve payments acceptance and security

“Time and time again, retailers have shown they are more interested in cutting their own costs instead of making the necessary upgrades to make checking out more efficient and protect customers from fraud,” comments Jeff Tassey, board chairman of the Electronic Payments Coalition. “While financial institutions remain committed to innovation in order to strengthen consumer choice, retailers must step up and catch up to the times.”

The EPC commissioned research firm Morning Consult to poll 2,201 registered voters online. According to the findings, three in five consumers place primary responsibility on financial institutions for finding a more secure way to pay, but a majority believe both retailers and large financial institutions should be responsible for investing in better security.

By a 17-point margin, respondents believe stores should only accept electronic payments if they are equipped to process EMV chip cards, and one in two feel “less comfortable” paying with cards for petrol because petrol stations have until 2020 to upgrade fuel pumps for EMV acceptance in the US. The EPC, citing statistics from Visa, said 63% of US storefronts were accepting EMV cards as of March.

The survey also said more than a third of consumers believe fingerprint identification is more secure than what the EPC said are “traditional” authentication methods such as PIN. Merchants and trade groups such as the National Retail Federation and others have argued to no avail so far that the new EMV chip credit cards, not just debit cards, should be authenticated with PINs, as they are in some foreign countries.

“Financial institutions will continue to invest in resources that make electronic payments safer, easier, and more beneficial for retailers and consumers, but all players in the payments ecosystem – including retailers – must pull their weight,” says Tassey. “As breaches increase and fraudsters switch their methods, collaboration remains critical in order to protect consumers from fraud.”

In a statement, a spokesperson for the National Retail Federation disagreed with the EPC’s findings, including its estimate about EMV acceptance.

“Our surveys show that 99% of large and medium size retailers and 81% of small retailers expected to have EMV in operation by the end of 2017,” the NRF said. “From what we’ve heard from our members and seen by our own observation, those numbers were met or very close to it, and we are about to put a new survey in the field for an update. In cases where consumers see a chip machine in place but still being used only to swipe cards, that’s because the card industry has failed to act in a timely fashion to inspect and certify the installations.”