The US has revealed a Cryptocurrency Intelligence Program aimed at identifying unlicensed crypto businesses using P2P sites, online forums, and darknet markets. These areas have consistently presented “a significant challenge to law enforcement” and the Financial Crimes Enforcement Network (FinCEN) according to the US Department of Homeland Security. 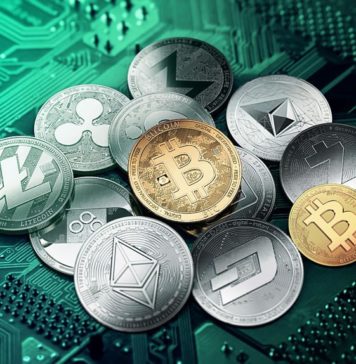 The Department of Homeland Security (DHS) released its budget overview for the fiscal year 2021 last week. The department has several programs that monitor crypto activities, including the Bulk Cash Smuggling Center (BCSC), which provides operational support in the enforcement and prohibition of bulk cash smuggling or transfer of illicit proceeds. In the budget document, the DHS revealed that the BCSC has developed Cryptocurrency Intelligence Program (CIP), elaborating:

Cryptocurrency Intelligence Program identifies unlicensed money services businesses in the form of independent cryptocurrency brokers’ use of peer-to-peer (P2P) sites, online forums and classified advertisements, and darknet markets (DNM) to engage in unlicensed money services businesses (MSB) activity. According to the DHS, “A large portion of these unlicensed MSBs are engaged in laundering narcotics proceeds, including opioid trafficking.”

The US Immigration and Customs Enforcement (ICE) agency, under the DHS, has raised concerns over P2P platforms several times over the years. It noted that unlicensed P2P activities have continually presented “a significant challenge to law enforcement.” According to ICE, “Bitcoin and other virtual currencies are the preferred payment method in darknet markets. It is common for unlicensed P2P exchangers to obtain their bitcoin from selling illicit goods and services on darknet markets.”

Currency exchangers, including cryptocurrencies, are considered money transmitters and are required to register and comply with federal anti-money laundering regulations. Under federal law, they must register with the Financial Crimes Enforcement Network (FinCEN) as a money services business. FinCEN confirmed in a May report last year that it and law enforcement had “observed unregistered entities being exploited or wittingly allowing their platforms to be utilised by criminals in the US and abroad to further illicit activity, including through darknet marketplaces, P2P exchanges, foreign-located MSBs, and CVC [convertible virtual currencies] kiosks.”

ICE explained that the current US regulatory framework for money transmission activities does not cover the full range of crypto activities that could be exploited for illicit purposes. Nonetheless, US authorities have charged some people and businesses for unauthorised crypto activities on P2P platforms and darknet markets.

On Aug. 23, 2019, Kunai Kalra pleaded guilty to operating an unlicensed money transmitting business where he exchanged up to $25 million in cash and cryptocurrencies for customers, including darknet drug dealers and other criminals, some of whom used his bitcoin ATM kiosk, FinCEN detailed. This was the first federal criminal case charging an operator of a digital asset kiosk with unlicensed money transmission.

On April 18, FinCEN assessed a $35,350 civil money penalty against Eric Powers for wilfully violating its rules and requirements during his operations as a cryptocurrency P2P exchange service provider. On Feb. 13 this year, the Department of Justice announced that an Ohio resident had been charged with operating a darknet-based bitcoin mixer which laundered over $300 million.