Consumers prefer to use cash for purchases of less than $10, despite other more convenient options, according to a new CreditCards.com survey. In fact, 49% of US adults usually pay with cash, 35% with debit cards and 16% with credit cards. The same pattern held with only those who owned rewards credit cards: 43% said they preferred cash, 31% debit and 26% credit.

Although using a contactless card or mobile payment for a small purchase is quick, easy and secure, US consumers evidently aren’t ready to change. “Contactless cards are very popular abroad but still in their infancy in the US,” says Ted Rossman, industry analyst at CreditCards.com. “I think they’ll catch on here because most retailers can now accept them and most card issuers are delivering contactless cards to their customers.” 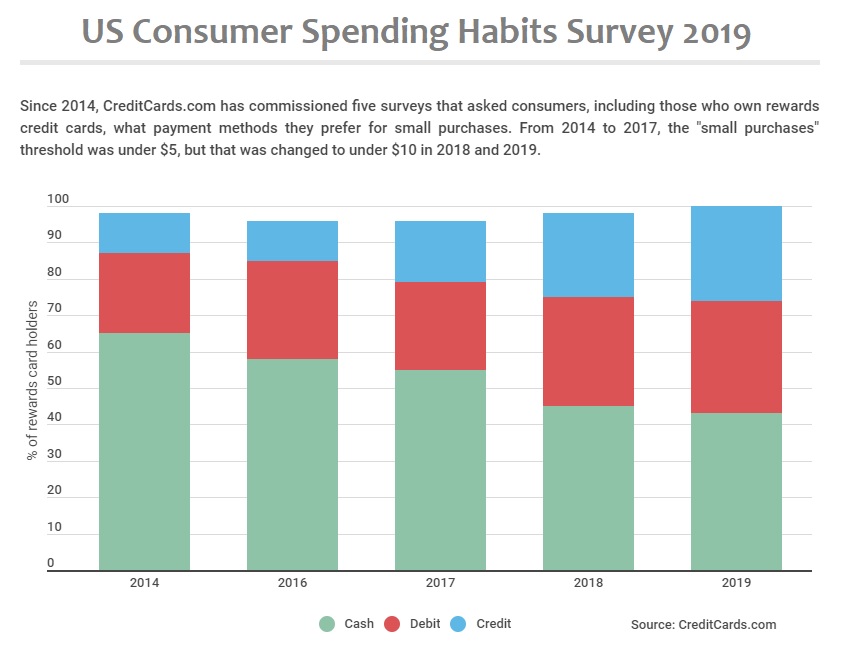 Rossman noted that transit systems in major cities such as New York and Chicago now accept contactless cards – a step toward getting consumers to embrace tap-and-go payments. “Once people see how easy it is to pay with a tap, I think they’ll do the same at grocery stores, fast food restaurants, pharmacies and other places people like to get in and out quickly.”

Other notable findings from the 2019 small purchase survey