Powered payment cards become powered when they take on interactive form factors such as biometric sensors and Dynamic Code Verification (DCV). In total, 213 million powered payment cards are forecasted to ship in 2022, according to the latest report by ABI Research. 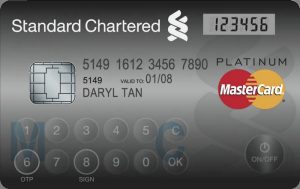 This number is made up of a combination of DCV cards, biometric sensor cards and other interactive powered payment card form factors, up from the 260,000 expected to be delivered by the end of 2017.

Next-generation powered payment cards had been in the market periphery for many years, largely remaining in a dormant phase as vendors continued to research, develop, and ultimately define and understand the potential customer base for powered card form factors.

Today the hype has undoubtedly returned to the powered payment cards market, once dominated by new disruptive startups but reignited by tier one vendors entering the market fray including Visa, Mastercard, Gemalto, IDEMIA and FPC, demonstrating a new market belief and intent.

Today there are pilots aplenty, with a hive of activity in countries including France, South Africa, Poland, and Norway. Despite the positives, cost remains a significant market barrier, with powered card variants currently commanding average selling prices (ASPs) up to $20 per unit, significantly higher than the traditional payment card which typically commands a $1 – $2 price point. This has presented a chicken and egg scenario with significant BOM reductions required to limit issuance cost impacts to better penetrate the large volume payment cards opportunity.

“Although the payment cards market is considered the volume holy grail, cost remains one of the major market barriers because issuers are extremely sensitive to any type of price increase,” explains Phil Sealy, Principal Analyst at ABI Research.

“This comes at a time when significant pressure to ASPs is already being felt in the traditional payment cards market, making a higher value proposition an even harder sell. With that said, other end markets, which can command higher ASPs, are presenting a significant opportunity for certain powered payment card variants. The biometric sensor card for example is more than a security hardening payments technology, with potential applications across a multitude of end markets including social/welfare applications, access control, hospitality and healthcare.”

With price being a major barrier, focus needs to be placed on business models and added-value, likely to prove key differentiators and ultimately determine powered payment card success.

Today, most issuers are focused on passing on the higher value card costs onto end users, offering a subscription model in exchange for a powered payment card and access to the additional security features.

However, a number of business models need formulating from a B2B perspective, designed to target specific use cases and market sub-segments including affluent banking customers via a subscription model, targeted issuance to end users considered most at risk via fraud profiling and ultimately mass free rollout via a payment as a service approach.

“The ability to offer harden CP and CNP payment authentication may not be enough of a standalone reason for issuers to justify investment into next-generation powered payment card form factors and should be paired with other additional value, including the ability to increase contactless spending limits, multi-application enablement or a segue in which an issuer could look to extend card expiry limits to help spread the higher cost powered card over a longer period,” Sealy continues.

“For the powered payment cards market, technology and product differentiation will not prove the only defining market factor and vendors offering a selection of creative business models, paired with added value within core offerings will be those which will likely take an early market lead.”