Total spending on Visa cards in the UK has surpassed £600 billion for the first time reports Visa Europe. The results provide strong evidence of the UK’s transition to a digital payments economy and a sign of the most exciting period for payments since the invention of the debit card.

Annual point-of-sale spend on Visa cards in the UK grew 9.2% during the year to reach 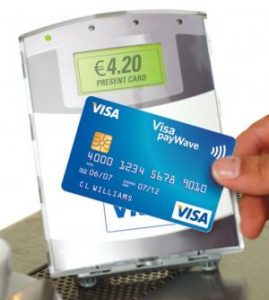 £486 billion, while the volume of point-of-sale transactions rose 9.9% to 10.6 billion. A total of 130 million Visa cards are now in circulation in the UK, responsible for more than £1 in every £3 of consumer spending. Average transaction values also continued to fall as UK consumers increasingly adopted cards for smaller purchases.

2015 will continue this trend with digital payments milestones including further contactless adoption; the rollout of V.Me by Visa in the UK; an increase in the contactless spend limit to £30; growing options for mobile payment; continued growth in m-commerce; and greater investment by banks, telecoms companies, payment providers and start-ups in new ways to pay.

“Digital payments have come of age. There has been an explosion of new payment technologies, ideas and players that was previously unimaginable. Mobile has changed everything and 2015 will see this trend writ large,” explains Kevin Jenkins, Managing Director UK and Ireland at Visa Europe commented:

“Consumers are now thinking digital rather than cash first and our results, with new highs on transaction volumes and spends, reflect this. Online, contactless and mobile are the ways people want to pay now and that is why the pace of investment is occurring in payments today.

“It’s an exciting time but history suggests that innovation comes with risk. We need to avoid a ‘Wild West’ scenario on payments by balancing this new convenience with security for the consumer every time they use a new app, website, card or mobile technology to pay. That is where our role as an enabler and partner to innovators can ensure this is the case.

“We should not ignore the role of the new Payment Systems Regulator in driving digital payments too. Ensuring that innovation and competition responds to the payments needs of users first and foremost should be a priority for them.”

Across Europe as a whole, results for the year show there are now more than 500m Visa cards in circulation, one for every adult in Europe, more than 100 million of which are contactless. Visa now accounts for €1 in every €6 spent in Europe and the amount spent at the point-of-sale has broken through €1.5 trillion (€1,500 billion), a rise of 9.4% since 2013, with 37 billion transactions.

The total amount accessed through Visa cards, including ATM transactions, now stands at over €2 trillion. E-commerce grew by 17% in the year to more than €280bn.