UK Banks should share their customer data to help consumers compare banking products and stoke much-needed competition in the sector, according to a government-backed report.

The Open Banking Working Group, which undertook a review last year at the request of the Treasury, 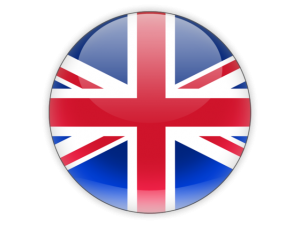 is calling for information on banks’ products and customers to be more easily accessed by digital services, including comparison sites – according to the FT.

The move would involve using technology to open up access to data — such as a list of the transactions in an individual’s bank statement — supported by robust security measures.

Opening up data would enable consumers to compare bank products and services that have been tailored to suit their individual needs, by giving price comparison sites permission to access their data.

It would also allow financial technology companies to use this data to provide services and attract new customers more efficiently.

The report marks the latest attempt to inject competition into the retail banking sector, which is dominated by the so-called “big four”: Barclays, Lloyds Banking Group, Royal Bank of Scotland and HSBC.

Several new digitally focused banks are emerging, with Atom and Tandem recently gaining licences from the watchdog to launch.

But large banks, with thousands of customers, have a wealth of data that gives them an advantage over start-ups.

Anthony Browne, chief executive of the British Bankers’ Association, said: “Opening up data from everyday bank transactions — known as ‘open banking’ — has the potential to revolutionise the way consumers and businesses manage their money.

“Making more bank data openly available will make it easier for people to shop around for products tailored to their needs and get the best deals.

Patrick Jenkins and guests discuss distress across the banking sector, HSBC’s deliberations on where its headquarters should be, and Ben MacLannahan asks Phil Angelides, former head of the financial crisis inquiry commission in the US, about his call for bankers responsible for wrongdoing to be brought to justice

“But crucially, no data would be shared without the explicit consent of the customer and that data will be protected with robust security checks.”

The competition watchdog concluded a key report at the end of last year, which said the large banks must alert customers to switch to rivals’ products in certain scenarios, such as when a bank branch is closed.

The review also comes as changes in EU law mean banks will have to open up access to their payments systems and allow customers to receive their data over the internet to share with third parties within the next two years.

Harriett Baldwin, economic secretary, said: “I am determined to ensure that our financial services remain at the forefront of technological innovation.”

She added that it is part of a broader move to “cement the UK’s position as the fintech capital of the world”.

A standard for data sharing will be launched at the end of this year, and gradually rolled out during the next five years.