The un-virtuous circle of chargebacks

Chargebacks have been part of card scheme dispute resolution rules for decades and reflect consumer protection regulations in many countries. However they are also the ultimate un-virtuous circle where almost everyone ends up unhappy. Some of the parties also end up out of pocket.

A chargeback is when a card payment is returned. This may be because the cardholder disputes the 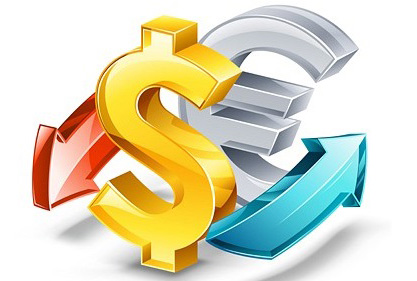 The un-virtuous circle of chargebacks

transaction. For example, if services have not been provided, merchandise is not received, is defective or not as described. Or if the transaction is fraudulent.

Obtaining statistics on the cost of disputed transactions is difficult. It depends on write-off thresholds, system capabilities and staff costs, which vary greatly by financial institution or merchant.

Internal research from Verifi, a chargeback prevention firm, suggests that disputed transactions could be costing merchants as much as $40 billion a year in the US. And around £25-30 billion a year in the UK. This includes the cost of penalties, chargeback fees levied by acquirers, excessive refunding, loss of merchandise and staff time. However, for every $100 in chargebacks, it is estimated that the merchant’s fully-loaded cost is around $308 on average. This is in addition to the costs incurred by issuers and acquirers to process and contest chargebacks.

“One of the most common reasons for chargebacks is when consumers do not recognise transactions on their statement. Typically they call their card issuer instead of the merchant. The issuer may have only limited data and one of the only options is to charge the transaction back. This can take anywhere from 6-8 weeks,” said Neil Smith, regional head of sales and partnerships, UK/EMEA, Verifi.

“We have a dispute management solution that sits before a chargeback. We are connected to 12,000 merchants and via an API connection can draw on data, such as make, model, size, IP address, device ID and product names. The issuer can engage real-time with the merchant via our network to resolve the dispute before a chargeback even occurs.”

Issuers and merchants have an incentive to work together on disputed transactions. This benefits them and their common customer — the consumer — by cutting the time, cost and complexity of resolving disputes. This helps build the business case for companies that assist in preventing chargebacks from occurring. However, the bigger question is whether the dispute resolution mechanism for card-based payments is still fit-for-purpose.

Payments is becoming more real-time with sub-second authorisations and settlement within hours or days at most. Yet chargeback exposure is still measured in months. In view of the fact that alternative payment methods, such as some ACH payments and Alipay, do not have chargebacks, dispute resolution is becoming a source of competitive difference for payment types. When prices, margins and costs are under pressure, stakeholders may no longer be prepared to absorb chargeback costs as the cost of doing business.

PCM asked the major card schemes how they planned to ensure the dispute resolution process continued to meet and balance the needs of stakeholders. MasterCard and Visa declined to comment.

The post The un-virtuous circle of chargebacks appeared first on Payments Cards & Mobile.