The mobile finance report: A global benchmark of banking and payment apps

The world of finance has undoubtedly been disrupted by mobile, with FinTech companies offering innovative digital services, including in-store mobile payment apps and non-bank money transfers.

In a new report, The Mobile Finance Report 2020 by Adjust and app intelligence provider Apptopia, focuses on the growth of install and session rates for FinTech apps over H1 2020, how much time users are spending in-app, and how retention rates perform in this vertical.

The report looks at a selected geographic spread of apps that paint a picture of finance apps’ health in 2020. Diving into data from Brazil, Great Britain, Germany, Japan, Russia, Turkey, Ukraine and the US, it outlines regional trends and broader tendencies.

“The impact the pandemic has had on banking and the increase in mobile digital services should not be underestimated,” notes Paul Müller,  Co-founder and CTO of Adjust. “While the banking sector has been adapting to digital disruption for several years, COVID-19 is accelerating the transformation, opening up access and opportunity to millions of un- and under-banked consumers around the world.”

The report also looks at the impact that the COVID-19 pandemic has had on user behaviours patterns and the industry as a whole. 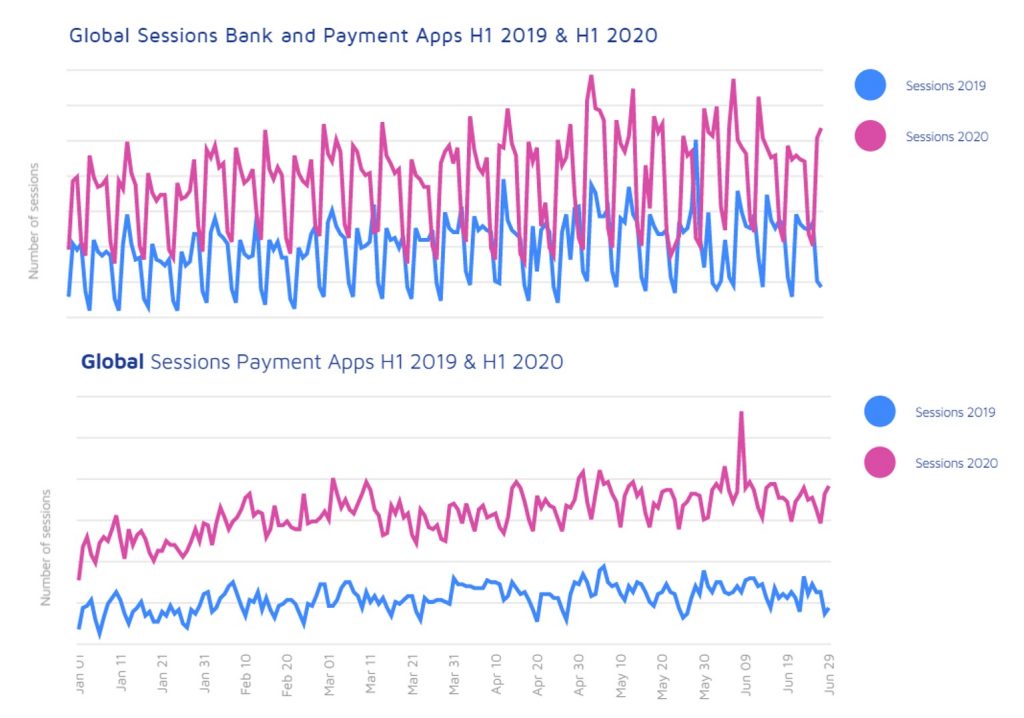 The post The mobile finance report: A global benchmark of banking and payment apps appeared first on Payments Cards & Mobile.