The mobile debit card is supported by all major Austrian wireless service providers: A1, T- 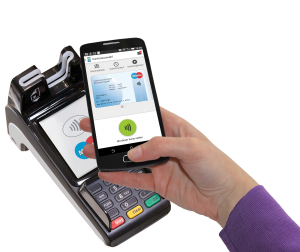 Mobile and Drei Austria. To kick off the new service PSA conducted a field test in Linz at the beginning of July for a select group of customers with the support of the local banks (Bank Austria, BAWAG P.S.K, HYPO OÖ, Oberbank AG, Raiffeisen Landesbank OÖ and the oö. Raiffeisenbanken, Sparkasse Oberösterreich, VKB Bank).

Beginning in Q4 2015, a wide scale rollout will be offered by the banks throughout Austria. Thanks to the Maestro PayPass based function, Austrian consumers will be able to take advantage of this widely accepted form of NFC m-payment.

“Everyone is talking about m-payment. Together with the major wireless service providers, we have developed a solution that enables every Austrian to make mobile payments at home and abroad,” says Dr. Rainer Schamberger, CEO of PSA.

“The development of the mobile debit card is an important milestone on the way to the future of payments.” Within the first three months of 2015, more than 6.3 million contactless payments had been made with Austrian debit cards..