It was only a few years ago that banks owned the financial sector – the only way to pay, transfer and save money was via a traditional bank. 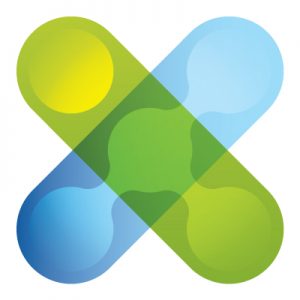 therefore an exclusive club of licence holders.  As such, it was seemingly immune to the huge changes other sectors (such as the music industry) were subject to from new business models made possible by digital technology – writes Alex Mifsud, Co-Founder and Chief Executive Officer at Ixaris.

However, this is no longer the case. Today, the banking industry is in the midst of the most disruptive period in its history.  New players and technology are proliferating every aspect of the industry, from lending and investment to payments.

Since the financial crash of 2008, regulators have been clamping down on banks, by increasing the burden of compliance, not just in terms of additional capital requirements and numerous mandates, but also through a hefty raft of punitive fines for non-adherence.

At the same time regulators have been determined to open the doors and create a more level playing field for new players. Most notably, with the new EU Payment Services Directive coming into force, banks are being forced to become more transparent and share customer data, an area previously protected.  Moreover, established business models, such as those based on card interchange have been severely curtailed, denying the banks the option of relying on existing lucrative revenue streams.

Whilst new technology-savvy entrants are challenging the banking industry, antiquated and inflexible systems remain a significant barrier for banks to fight back. For such banks, introducing new innovations and features is both time-consuming and expensive. The cost of maintenance alone is high, and with a barrage of new compliance mandates to meet, banks’ IT budgets are feeling the squeeze. What’s more, for the established banking brands, the cost of getting it wrong and making a bad decision is so high that risk taking is minimal.

Despite frustration from the traditional big banks, the regulators are having some success in encouraging non-banking players to drive innovation across the industry.  For example, the regulatory regime has been expanded to admit e-money issuers, such as some of the mobile operators like Vodafone, payment service providers like Worldpay and a range of FIs with innovative business models like Skrill and Ukash.

While the model of non-bank financial institution requires much less capital than banks to operate, the barriers to entry are still too arduous for the pace of experimentation to rival the speed of innovation in other sectors. As things stand, it is mostly well-financed start-ups that have the chance to deliver innovative financial services to challenge the offerings from established banks.

Beyond the influence of the regulators, a grassroots approach has emerged: cryptocurrencies, such as Bitcoin, offer a radical alternative to payment innovation.  Innovators in this space have in effect sidestepped regulation and have been much more nimble at developing and deploying new payment services. Bitcoin demonstrates a model of ‘permissionless’ as well as frictionless innovation for payments.

A battle of three

Whilst new players have undeniably been encouraged into the payments ecosystem, the resulting situation is one of ground-shifting change with the banks, regulated non-bank players and the unregulated companies battling it out for supremacy.

It is also increasingly balkanized and inefficient as banks retain the broad distribution networks, non-regulated payment services attract envy as well as evil, while non-bank companies look for ways to scale while staying on the right side of compliance.

Arguably, there is need for a more collaborative and open industry that will ultimately address and provide solutions to the many residual inefficiencies in payments, and lead to an explosion in creative payments solutions that better suit the needs of consumers and business alike.

2016 is destined to be an interesting year for the banking and specifically the payments industry. However, there is no doubting payment innovation is here to stay. The likes of Bitcoin, Apple Pay and other new virtual payment players will continue to shake up the sector, in an attempt to meet the increasing demands of both businesses and importantly, consumers, for faster, more affordable payment choices.