The UK Payments industry, along with the rest of Europe, is facing a raft of challenges in the near future, from the proliferation of alternative payment channels, increasingly demanding merchant end-user consumer expectations and the imminent implementation of open data regulatory standards set to unleash competition from FinTech upstarts. 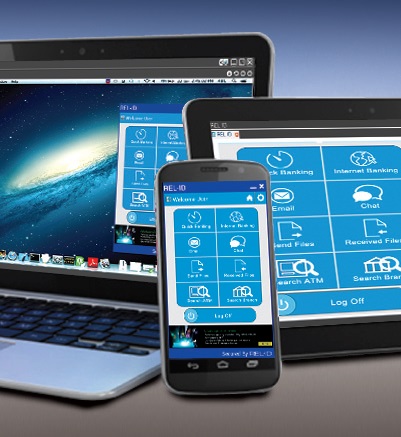 The changing face of UK payments

Four out of five UK adults now have and use a smartphone according to Deloitte’s 2016 Mobile Consumer Survey, equivalent to 37 million people. As smartphones become ingrained in our everyday life more and more uses for them are being developed, one such use is mobile payments.

Mobile payments enable transactions without the need for cash or card and as the technology becomes more omnipresent among consumers so too does it increase in importance for merchants. The latest East & Partners’ (E&P) UK Merchant Payments program shows investment in mobile payment products is a key area for future focus for 21.3% of UK merchants, third only to online and contactless payments.

According to the E&P research mobile payments adoption is rated by UK merchants as almost critical in importance, with Micro and SME merchants (£1-20m annual turnover) placing particular emphasis on this emerging product, due partly to their need to engage consumers across the gamut of payment channels to protect and enhance their revenues.

Despite mobile payments forming a key element of merchants’ digital payment strategy, only a quarter of merchants across the sub-£100m segment provide mobile ready browsing. Unsurprisingly, a higher percentage of merchants in the lower corporate segment adapted their web presence to mobile devices, with nearly half ensuring their website is fully functional on mobile platforms.

Meanwhile, Micro and SME businesses have lagged behind, with over 75% reporting they do not have a mobile optimised website.

The mobile challenge does not end there however, as online payment platforms add another layer of complexity for merchants. Of the 26.7% of merchants who do have ‘mobile friendly’ websites only a third have the ability to process an online transaction, the E&P research found.

Surprisingly it is the Micro segment which displays the highest level of mobile payment ability. Nearly 40% of UK merchants turning over between £1-5m per year, if they already have a ‘mobile friendly’ website in place, also have the ability to process mobile transactions.

This is a staggering 10% more than their lower corporate peers. Given the focus all segments have on mobile optimisation and the importance they place on it, it falls to the Payment Service Providers (PSPs) to make it possible. Offering a compelling and cost efficient e-commerce platform to customers who already view it as a highly critical product will see providers rewarded for correctly anticipating, and meeting, merchant requirements.

Debit cards still reign supreme for UK merchants with the vast majority of receivables being terminal based debit card transactions however change is imminent. First there was PayPal, then Amazon, Samsung and Apple Pay, now we have Payment Initiation Service Providers (PISPs) such as Sofort and Trustly who are able to initiate payments on behalf of the end user without any need for an existing account or ‘wallet’.

The upcoming Revised Payment Service Directive’s (PSD2) open access to payment initiation will empower PISPs to initiate payments directly from bank accounts without the requirement for intermediary digital wallet services (such as PayPal) across Europe, as well as the UK (despite Brexit!).

Increased competition through new alternative payment competitors disintermediating existing wallet providers will reduce transaction costs and facilitate instantaneous confirmation and settlement platforms. With customer usage demand cited as the primary driver of payment product acceptance by UK merchants, and guarantee of payment as the secondary driver, both merchant and consumer demands for ubiquitous payment acceptance and the promise of immediate settlement will potentially be catalysts for rapid technological adoption of innovative new platforms.

Data as an asset

The UK’s The Competition and Market Authority’s Open Banking Framework to be implemented in early 2019 will expand upon this EU mandate in its home market by opening up API access to FinTech entrants beyond the EU AISP and PISP designated categories.

For corporate and retail merchants, open access to transaction data will provide third party, AISPs access to merchant invoice and remittance records by consent. This will enable greater insight into optimising payables and receivables management, the ability to analyse customer behaviour, and provide improved integration with accounting service providers. Traditional transaction banking providers will be forced into new roles as data custodians and software publishers, competing for merchant relationships against third-parties.

With less than one fifth of Micro merchants in the UK integrating their account and payment systems as reported by East & Partners’ UK Merchant Payments program, this represents a massive untapped market. Similarly, third party fraud detection providers will be able to offer monitoring and fraud notification services that aggregate accounts and products from multiple bank providers, spotting fraud patterns that a single bank provider could not detect.

Open data payments are all but certain to herald a new era of competition and innovation in the merchant payment and acquiring space however success rests on customers’ acceptance and embracement of the initiative.

The post The changing face of UK payments – Mobile payments and the rise of data appeared first on Payments Cards & Mobile.