It is not a new concept for tech companies to open physical stores. Microsoft and Apple were the first major players to do so for their own products, but more recently we have seen Amazon enter physical commerce with its 4-star stores and Amazon Go supermarkets. 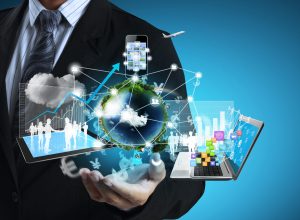 Alibaba similarly has its own supermarket, Hema, and its own clothing retailer. This is even happening to relatively smaller companies such as Warby Parker, which was born online in 2010, and this year will have almost 100 physical stores, similarly Bonobos now has 48 current locations.

It seems almost counterproductive in our increasingly digital world for these tech giants, who dominate our lives through their online presence, to have entered the physical market. But, to paraphrase Mark Twain, rumours of physical retail’s death have been greatly exaggerated.

In the GP. Bullhound Technology Predictions Report, they predict some 88% of all global retail purchases are still made physically, contributing between $23-25 trillion compared to less than $3 three trillion through retail e-commerce.

Despite considerable effort to entice consumers to online – and mobile traffic has increased in popularity, representing more than half of digital retail traffic and 26-30% of purchases – most still prefer interacting with product experts face-to-face.

Good old bricks and mortar will survive and thrive alongside e-commerce for as long as consumers want a social dimension to their shopping experience. But this is not to say we are at an end point in retail disruption.

Technology is still set to make a greater impact in the sector. Alibaba’s clothing store comes from a partnership with the company Guess and uses mobile IDs from online shopping website (also owned by Alibaba) Taobao, to monitor customer behaviour, tracking items they try on, purchase and recommend.

They are then able to target these customers as Amazon or Google do through online searches. Amazon Go meanwhile has experimented with the elimination of cashier checkouts, simply tracking the movement of customers and putting the bill on a user’s account afterwards.

It also uses machine learning algorithms to decide what items are stocked and uses data analytics to customise the in-store experience for every customer. Many fledgling start-ups are also entering the space by providing an array of possible solutions to enhance physical retail.

AR/VR is being explored by the likes of NanoVR, who are creating virtual interfaces, such as a brand ambassador or a store showcase that customers can interact with. Another start-up, Reply.ai is aiming to develop an AI Chatbot system that learns from conversations with customers, to create a more personable and human assistant at physical stores – the social dimension remains, and the technology enters.

The potential of machine learning meanwhile is being tested by the likes of Persado, building a platform that leverages “emotionally tagged content” such as images, words and phrases in its database.

This helps retailers determine what elements of an advertisement work and the form these should take moving forward. A new age of retail will emerge through the merging of Silicon Valley’s innovative technology, with main street’s tangibility and social dimension.

With companies like Amazon and Alibaba spearheading the transition and smaller start-ups developing solutions to augment physical retail, our current way of shopping may be completely disrupted sooner than we think. Just do not think a purely online model will be the dominant form of retail.