SWIFT has published a blueprint for common API standards following collaboration with European banking standards bodies, STET and Berlin Group NextGenPSD2 – who together represent many of the region’s banks and payment service providers. 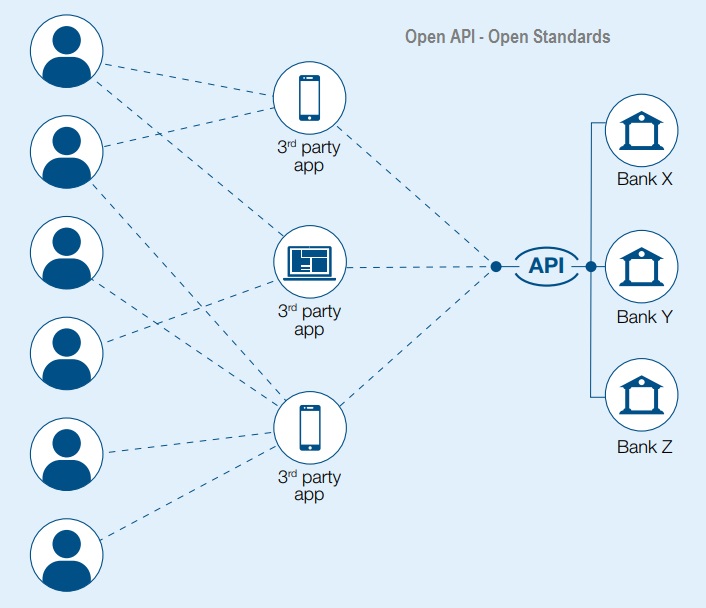 As pressure from regulators and customers shift banking towards more open access to financial services, SWIFT wants to play a leading role in unlocking the potential of API technology by providing the neutral collaboration platform to develop the common data standards the industry needs.

SWIFT’s white paper, Towards a global platform for the Financial Services API economy, concludes that a successful transition to an API-based financial ecosystem is only possible if financial standards bodies converge towards a shared business standardisation methodology.

Regulators around the world have identified the need for interoperability among financial institutions as they move towards a more open banking model. SWIFT, STET and Berlin Group NextGenPSD2 are at the centre of efforts to avoid fragmentation, isolation, and the needless complexities that will frustrate attempts to build the value-added services that customers want.

SWIFT is working to minimise inefficiencies caused by differing regulatory specifications that could limit opportunities for common API frameworks across different regions and potentially require different solutions for every market. The cooperative has lent its long-standing expertise in standards, specifically ISO 20022 – the standard for electronic data interchange between financial institutions – to work alongside STET and Berlin Group NextGenPSD2 in Europe to define the building blocks for the new services that will spring from the new API economy.

SWIFT, STET and Berlin Group NextGenPSD2 have concluded a first phase where a business model for the PSD2 Account Information Services has been defined using common standards. This data model will be the foundation for any API definitions and will enable interoperability among PSD2 participants. This work follows a successful collaboration on the creation of a common API framework between SWIFT and Australia’s New Payments Platform (NPP).

“STET has been involved with PSD2 API topics since 2016. Our participation in different working groups at the European level has confirmed our assumption that there is strong demand for common standards,” says Hervé Robache, PSD2 API Coordinator at STET.

“Having the building blocks that can accommodate all business needs and be reused by all API providers is critical to achieving this goal, which is why the development of this ISO20022 model is such an important  development.”