In a recent First Annapolis study of financial institution fraud experience in the US, participants reported average fraud losses (net fraud) in the first half of 2015 of 13.1 bps and 7.7 bps on credit and signature debit volume, respectively.

Consistent with previous years, the majority of confirmed fraud by dollar volume was attributed to counterfeit cards; card not present fraud accounted for the second highest volume. The two combined to represent 87-88% of total gross fraud in credit and debit portfolios. As the number and volume of EMV transactions increase in the coming years, we anticipate a noticeable decrease in the proportion of fraud attributed to counterfeit cards.

The study included additional analysis on fraud operations performance metrics that were shared exclusively with the participating financial institutions to show the FI’s metrics compared to industry standards and to highlight areas of improvement. Additionally, the study’s findings will provide a helpful benchmark for comparing fraud rates in pre- and post-EMV implementation environments.

First Annapolis completed its 2015 Card Fraud Study in December 2015. Using data from a sample of local, regional, and national financial institutions in the U.S., the study examined gross fraud, fraud losses, and various fraud metrics from 2014 and the first half of 2015. Five credit card portfolios and ten debit card portfolios were used in the study, with a total of ten financial institutions participating. 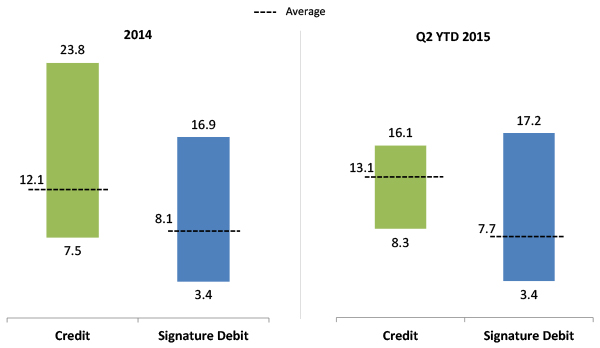 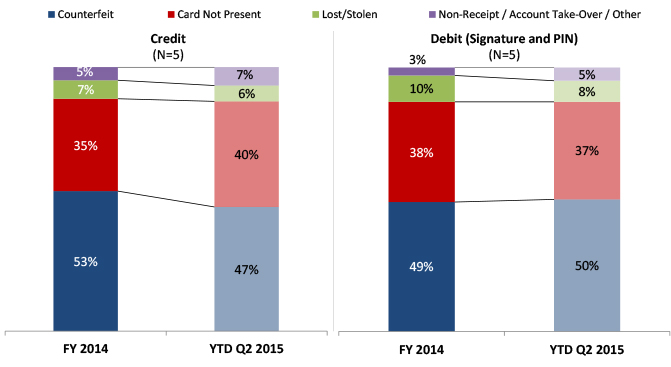