Kroger is to join Wal-Mart and sue Visa over debit-card PIN transactions, saying the payment network has levied fines against it and threatened to raise fees and cut off its acceptance of debit cards if the grocery chain doesn’t allow customers to verify purchases with a signature instead of a personal identification number.

The lawsuit represents the latest step in a burst of legal activity between merchants and the card industry, 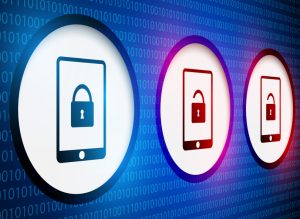 which have been fighting over fees and other issues for decades. It comes after Wal-Mart Stores Inc. sued Visa in May over similar debit-card issues – according to the WSJ.

Kroger said the dispute began after it was informed by Visa that the configuration of its new terminals didn’t comply with Visa’s rules. Like Wal-Mart, the grocery chain required customers to verify debit-card purchases with a PIN instead of a signature.

Visa’s rules require merchants to allow customers to choose between a PIN and a signature verification.

“Our goal is to provide our customers with a safe and secure payments environment, and two layers of protection are better than one,” Chris Hjelm, Kroger’s executive vice president and chief information officer, said in a statement.

A spokeswoman for Visa said the company was reviewing the lawsuit and would respond “in due course.”

Wal-Mart and Kroger say PIN-debit transactions are more secure than when customers sign for the transaction, which can be easily copied. The PIN transactions can also be cheaper for the merchant because they have a choice of routing the transaction among a number of competing networks.

Kroger operates more than 2,700 stores in 35 states and operates under a number of brands, including Ralph’s, Harris Teeter and Fred Meyer.

Kroger said Visa levied fines of $7 million against it after it didn’t change its practices and told the merchant it would raise the fees it charges to process debit transactions. Kroger also said Visa threatened to cut off Kroger’s ability to accept all Visa debit cards.

The grocery chain said it can’t reprogram “tens of thousands” of terminals to give cardholders the choice between a signature and a PIN. Kroger says it rang up $29 billion in Visa debit-card transactions last year, noting in the lawsuit that cutting off its ability to accept Visa debit cards “threatened catastrophic consequences for Kroger’s business.”

“There is no rational basis for Visa to cut off Kroger’s ability to accept any or all Visa debit cards unless Visa intended to punish Kroger,” the grocery chain said in the lawsuit that was filed in U.S. District Court for the Southern District of Ohio.